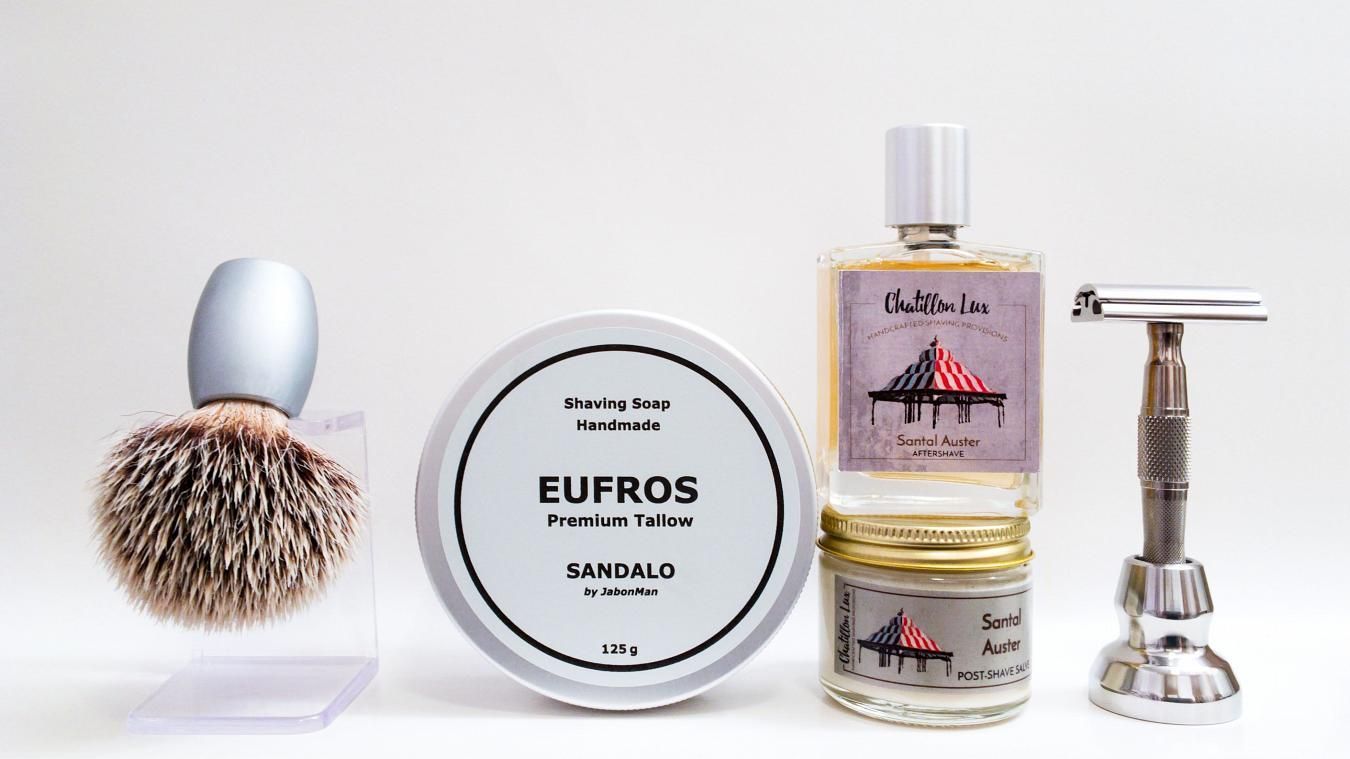 I've also done an in-depth review of Santal Auster and the Post-shave and Scent charts above reflect this, rather than the soap - since there was no matching balm today. I used the salve for my face and the aftershave toner elsewhere, just for the scent. I might add that it's amazing how little of the salve you really need - and the fantastic face feel of it once applied.

Let's talk about the scent of Sándalo then. As you might have guessed, it's straight up sandalwood and nothing else. It perhaps goes without saying that like most other #Eufros offerings, it's a very high quality scent. This is a pure, unadulterated sandalwood that's rich and creamy, sweet and woodsy - somewhat balsamic. It's not artificial smelling by any means. While I don't know offhand the specific type of sandalwood used, I do believe it's Mysore (Indian) sandalwood, given the cost of the soap. It's the second highest priced offering (26€ or $30) from Eufros which lends credence to this.

While it smells divine, the scent strength is relatively light in the soap and lathering mellows it further. I would have liked to have seen at least double the amount of essential oil in this one... But the price would have probably jumped considerably as a result (it's expensive). As mentioned, I don't have the matching balm, so I went with Santal Auster from #ChatillonLux, which is another really high quality sandalwood accord. Being such a common note, especially in men's products... You can really pair a lot of stuff here.

Hardware consisted of the #TimelessRazor "mild edition" with a #Stork handle and a #PolSilver blade on shave three. The #Dovo silvertip badger brush made really nice lather as I suspected it might during yesterday's shave. Alas, being so soft, it didn't load quite as much soap as I had hoped, even with a slightly longer 35s of loading... So the lather was actually better yesterday. Moral of the story? Load heavier with softer brushes to make sure you get enough...

Another great shave to close out the week. I was slightly disappointed by the relatively weak scent on this one, but at least it's a really high quality sandalwood. So there's that. Pair with whatever floats your boat!