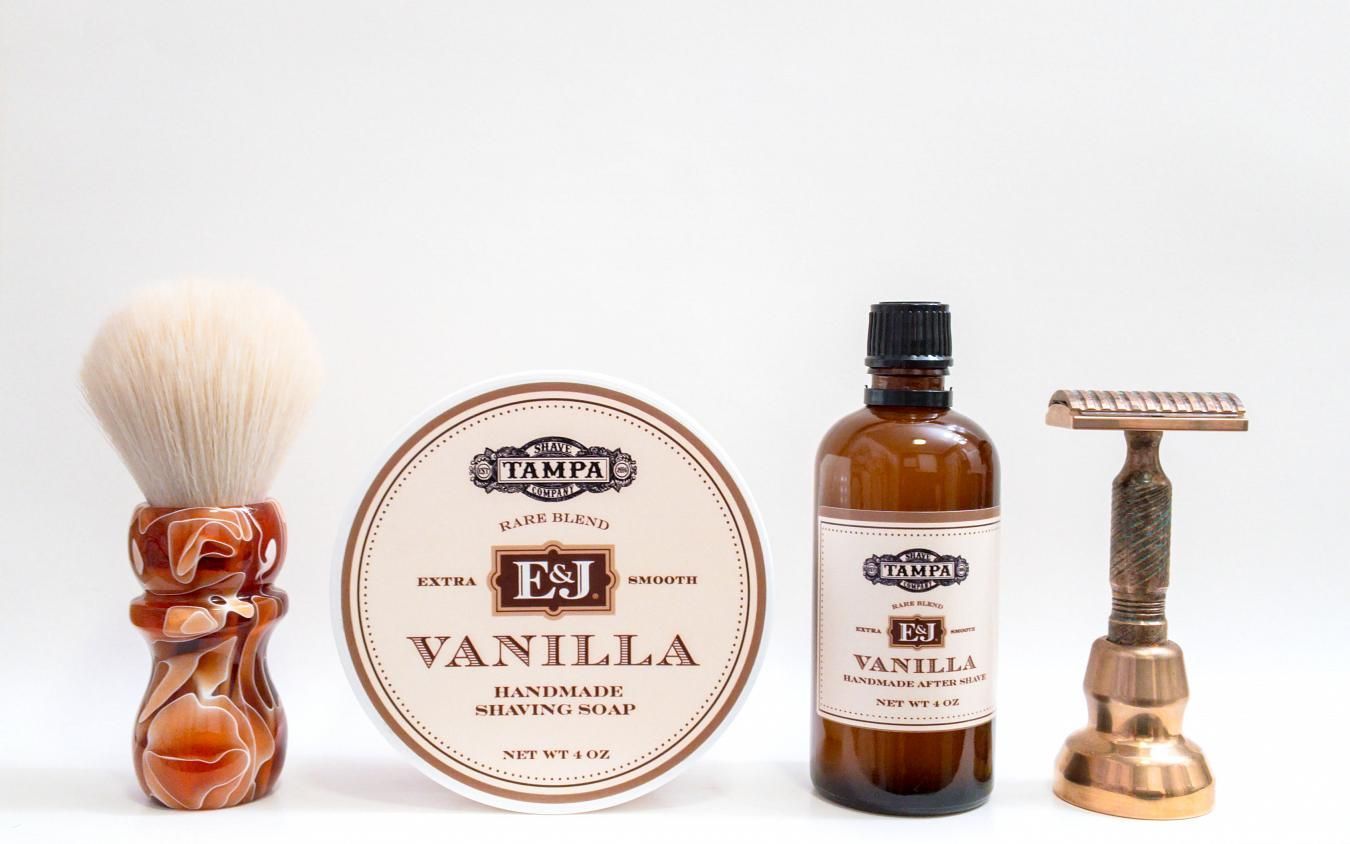 Sold by Tampa Shave Company - this was a very limited edition (long since cleaned out). The soap and aftershave were actually produced by K Shave Worx so you might recognize the packaging, ingredients and of course, performance. The basic scent profile and artwork was provided by #tampashavecompany and E&J Brandy respectively. Since most of you are aware of #KShaveWorx performance, and I've extensively reviewed this combo before, I won't repeat anything today. I urge you to check out that review for tons of info.

The official (though unlisted) notes are pear, brandy, barbershop, vanilla and sandalwood. This differs from what's in the actual brandy; namely vanilla, butter, caramel, dried apple and toasted wood. Again, not having tried the brandy previously, I can't say how accurate it is - but I will say that E&J Vanilla smells absolutely amazing! I didn't know what to expect going in, but I was very pleasantly surprised by what showed up. Honestly, I think they had me at "vanilla" as I'm a huge fan. You might think it smells boozy (think Barrister and Mann Fireside which is a cognac, for example) but it's not, really. There's the tiniest hint of boozy brandy, but it melds so perfectly with the other notes so as to barely register.

On open you get the semi-sweet pear and some slight barbershop, but there's a lot more. The aforementioned brandy makes it different enough - but the underlying vanilla and warming, woodsy sandalwood of the base complete the accord. It doesn't change too much on dry down, but ultimately you're left with mostly vanilla and sandalwood. I honestly couldn't stop sniffing the scent, having applied it to the top of my hand multiple times over the weekend. There, longevity was nearly eight hours.

Hardware for today consisted of the #TRBR38 bronze razor from #TimelessRazor with an #Astra blade on shave four, a #WildWestBrushworks brush with a lovely, if somewhat floppy Cashmere knot and finally, the #GTP scuttle.

I love vanilla scents, and this one is really nice; brandy inspired or not. Great for the cooler weather.