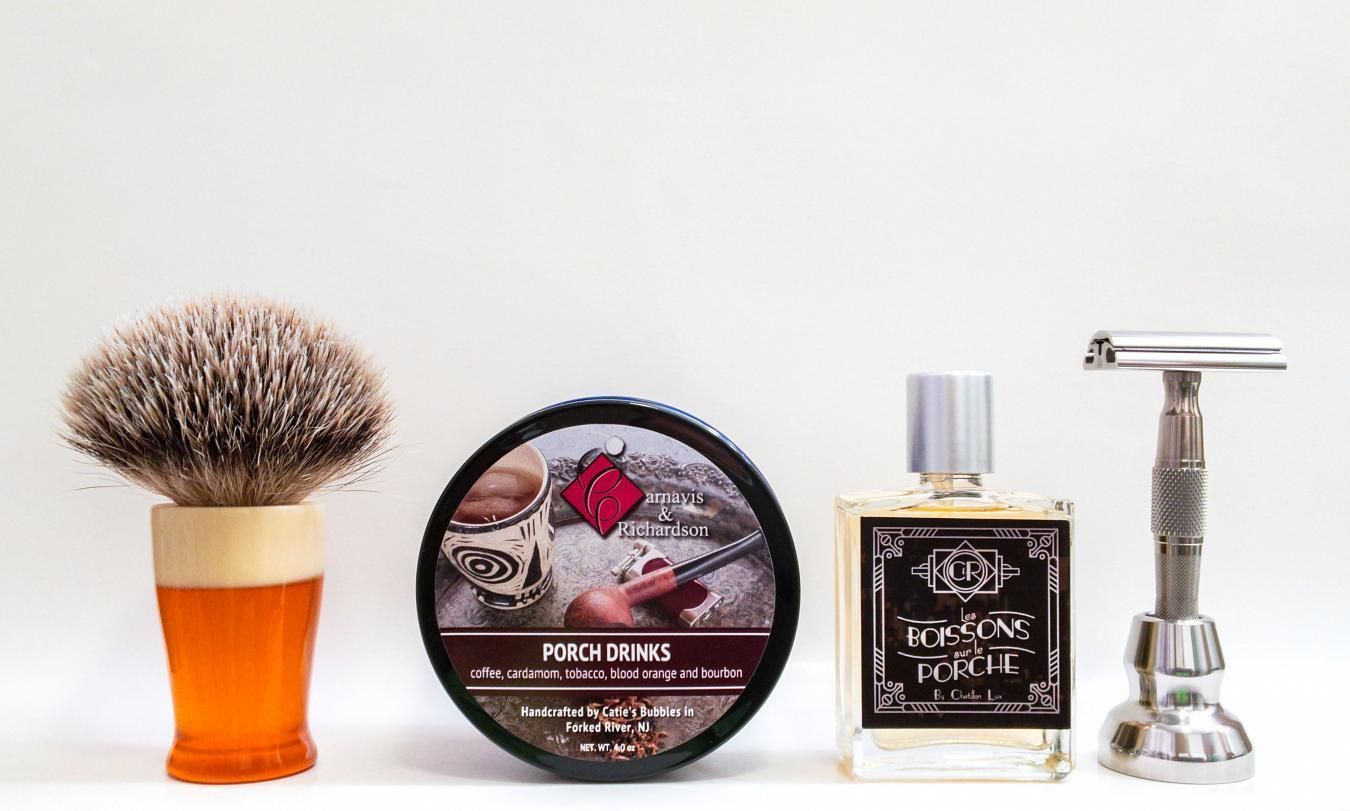 The backstory is that some artisans got together over drinks, and Porch Drinks is the result. Distributed under Carnavis & Richardson (Josh and Vince; the former being responsible for the notes) but the components were made by two separate artisans. #CatiesBubbles made the soap, under the name Porch Drinks while #ChatillonLux made the aftershave, under the name Les Boissons sur le Porche (French for, what else - "porch drinks"). There was an initial release in December 2016, with another batch in December 2017. The latter has a full 4oz. of soap (the former had only 2oz.) and the latest bottle and labeling styles on the aftershave (the former had a previous version). Both are rather Limited Editions and it's the latest that you see here.

The official notes include coffee, cardamom, tobacco, blood orange and bourbon. Yet interestingly, both Catie's Bubbles and Chatillon Lux were free to interpret those notes as they wished... While all the notes are there, they're subtly different and more complementary rather than matching.

Rather than re-review almost this exact combo (save for the brush, literally) do check out the original in-depth review of Porch Drinks!

Hardware for today included the #TimelessRazor custom "mild edition" in stainless steel with a .68 blade gap on a smooth cap and solid bar, a titanium #Stork handle and a #PolSilver blade on shave four. The brush is a #ThatDarnRob piece, aptly named Beer that's rocking a 20mm (essentially a 22mm) silvertip badger knot. With the bloom, it's a beast. Not shown is the little teak wood coaster that comes with the brush. The #GTP scuttle did its thing.