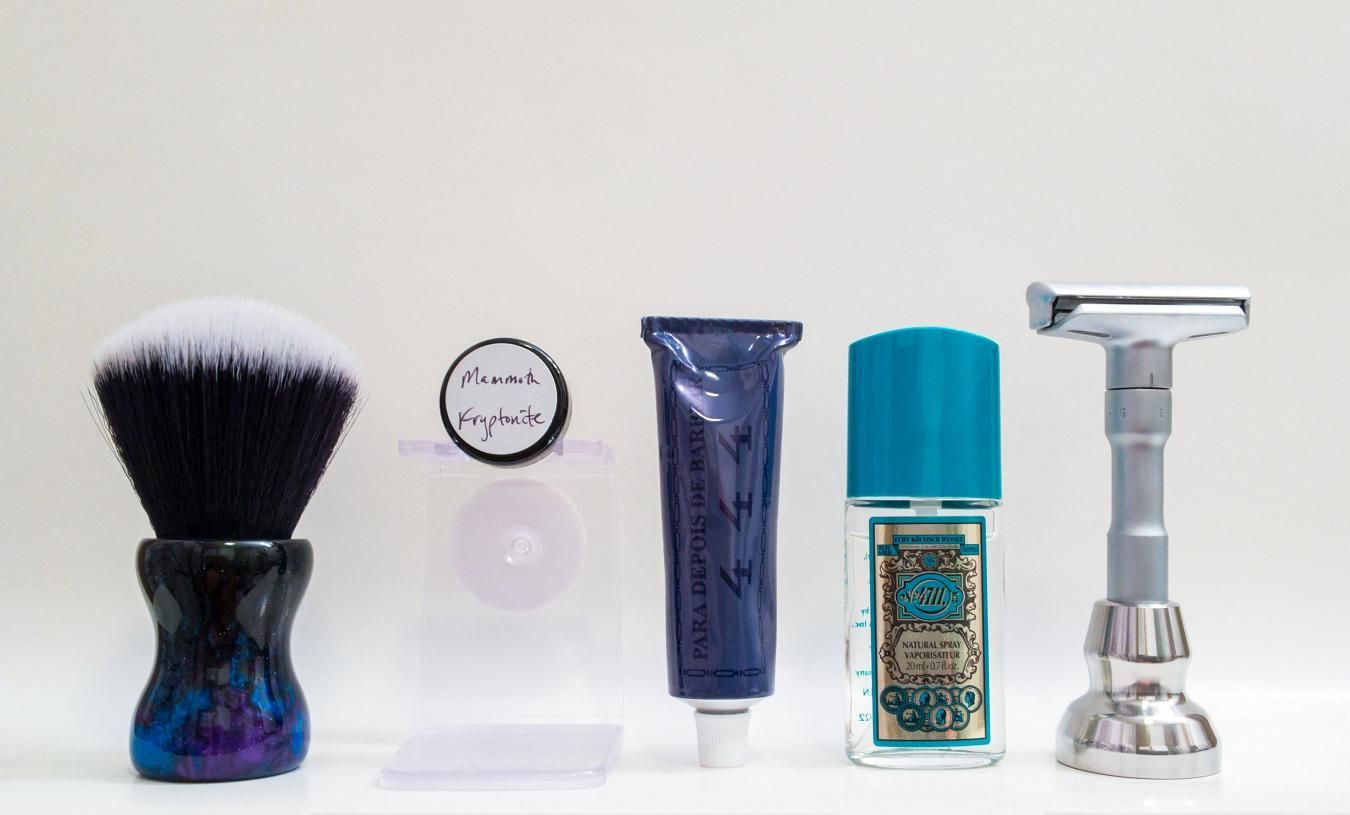 #MammothSoaps is a new soap company by a gentleman named Benjamin Esposito, and today's soap I'm #testing is called Kryptonite. He's still in the process of fine-tuning the soap recipe, and Kryptonite is actually v6, while the latest is currently at v15. Therefore, it's not terribly useful to review the soap too much as the version number has already more than doubled... But here's a quick overview.

The scent is mostly lime (with a certain woodsy vibe) and smells a bit like a NY-style Italian ice. Officially, the notes are lime, cedar, fir, cypress and howood. The matching yellowish green tint is pretty cool too. They match the name perfectly and overall it's a healthy medium scent strength and the performance is pretty good considering it's an old formula at this point. It's hard to get the full experience from a sample container, but a snurdle in the scuttle got 'er done. Lathering took a bit of work as it's a very thirsty soap and required adding water slowly, bit by bit - to get it to the right consistency. Once there, the lather was quite decent, with excellent primary and secondary lubricity. I'll certainly have to give it another go to form a final opinion, but I'd that lather could be a bit easier to build and denser - perhaps it's just a matter of using more soap. Otherwise, I think it's definitely on the right track! I have some other versions I have to try and will follow up with those and a re-test of Kryptonite.

With the intense heat wave affecting most of the country right now, it was time to break out the 444 balm. For full info, check out my 444 Aftershave Balm review from this past December. As I mention there, it's basically Jeris Osage Rub in a clear glycerin base (and not as strong). The resulting skin feel is intensely moisturized, but it's a bit of an illusion, being mostly glycerin. Either way, it's good stuff, imparting just a bit of chill with no conflicting scent!

Finally of course, there's some spritzes of 4711 Original Eau de Cologne going on when all's said and done. The longevity is it's biggest weakness and I've largely replaced it with Chatillon Lux Fourth and Pine which is stronger, longer lasting and is a complete line.

Hardware today is the #Merkur #Futur razor with a fresh #PolSilver blade, a lovely anniversary brush from #TurnNShave featuring a Tuxedo knot in a fan-shaped 26mm, a.k.a. the Quartermoon knot. Finally, there's the #GTP scuttle that I never shave without.

A fantastic shave today with some neat new soap, one of my favorite razors and a killer brush from Milton! Well done, all.