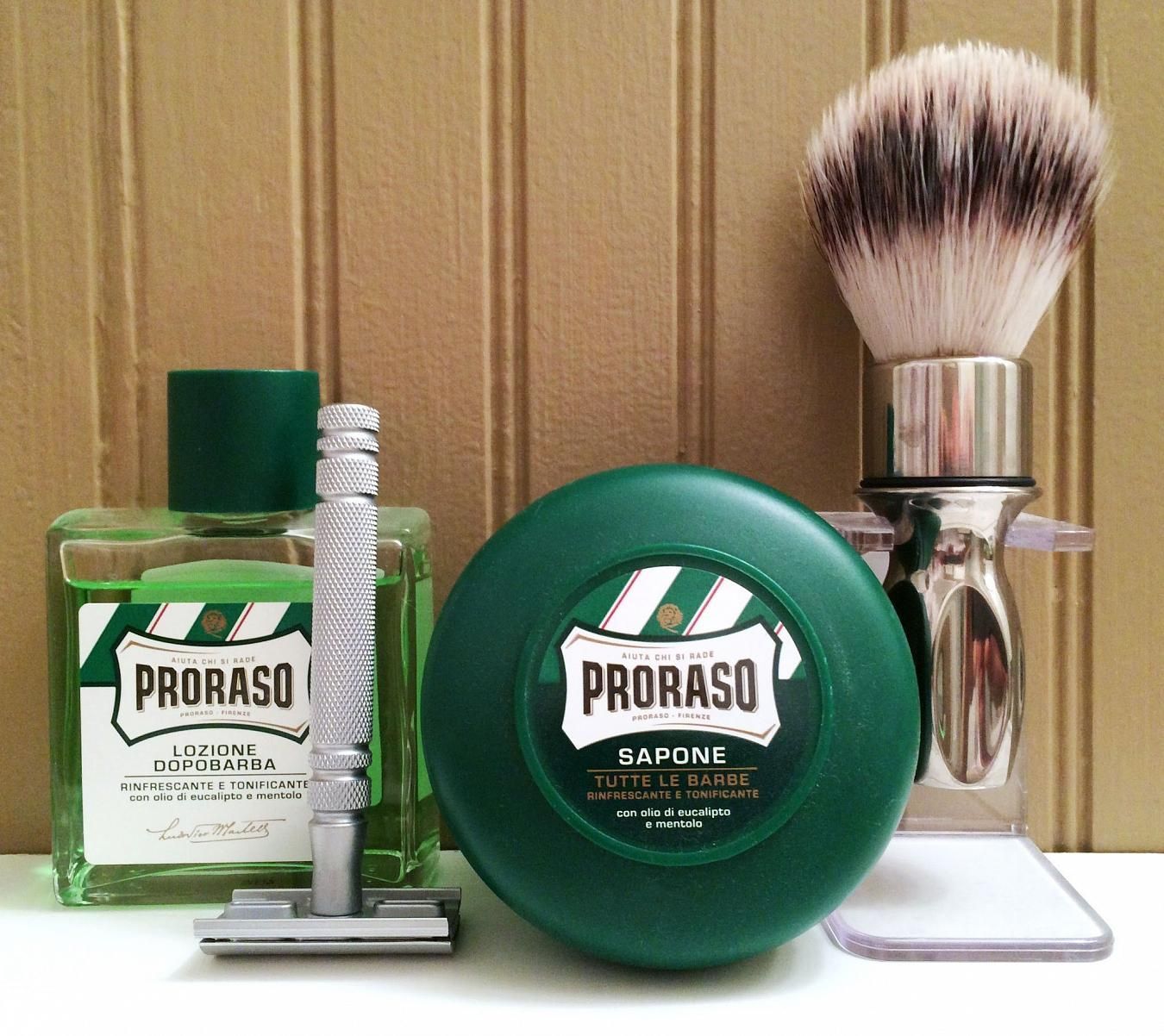 Today's #ProrasoFriday SOTD is all about Proraso "green" (menthol) #soap and #aftershave - but more so, the importance of experimenting!

I won't review Proraso "green" today so much, as most people know it already. Suffice to say, the lather was very nice; copious amounts of billowy lather with decent cushion and glide - that menthol though! Which leads me to the focus of today's post... The importance of experimenting!

I picked up Proraso as well as MdC (Martin de Candre) when I was but a wee lad in wet shaving... One of my first purchases years ago. In fact, IIRC, Proraso and Mitchell's Wool Fat were literally my first products. So I basically lathered how it seemed right back in those days... A bunch of swirls until I had some lather and went to town.

The problem is, I was never truly happy with the lather of either Proraso or MdC and always thought, "they're okay." Fast forward to this week when I grabbed both of these neglected goodies. The difference? I applied the Load it like you hate it™ method (I hate that phrase). For example, I was always good with five seconds of loading on MdC because it produced lots of lather... Light, fluffy lather that is. This week I decided to go for a full 30 seconds. What a difference!

Yes, loading more tends to make more lather. Seems simple enough. However, what's not so clear is that the quality of the lather also improves generally speaking. So if you have a soap that isn't really doing it for you or you're just starting out... There are two key variables with lather - loading time and amount of water. You really need to experiment with both to find your own sweet spot (called "dialing in a soap") since everybody's water is different (mainly hardness).

So yeah, this week I've discovered that both Proraso and MdC are capable of much better lather than I had thought all this time! I was just a) too lazy and b) lost in artisan soaps.

Hardware for today's easy, breezy Friday shave was my shimmed #Feather AS-D2 razor with a #PolSilver blade on shave four. The #BSB Shaving Brush whipped the lather into submission, which was kept nice and warm by the #GTP scuttle.

#Proraso is good stuff and cheaper than dirt (in Italy). The scent is also really nice. Everybody should have some in their den! But more importantly... Experiment!