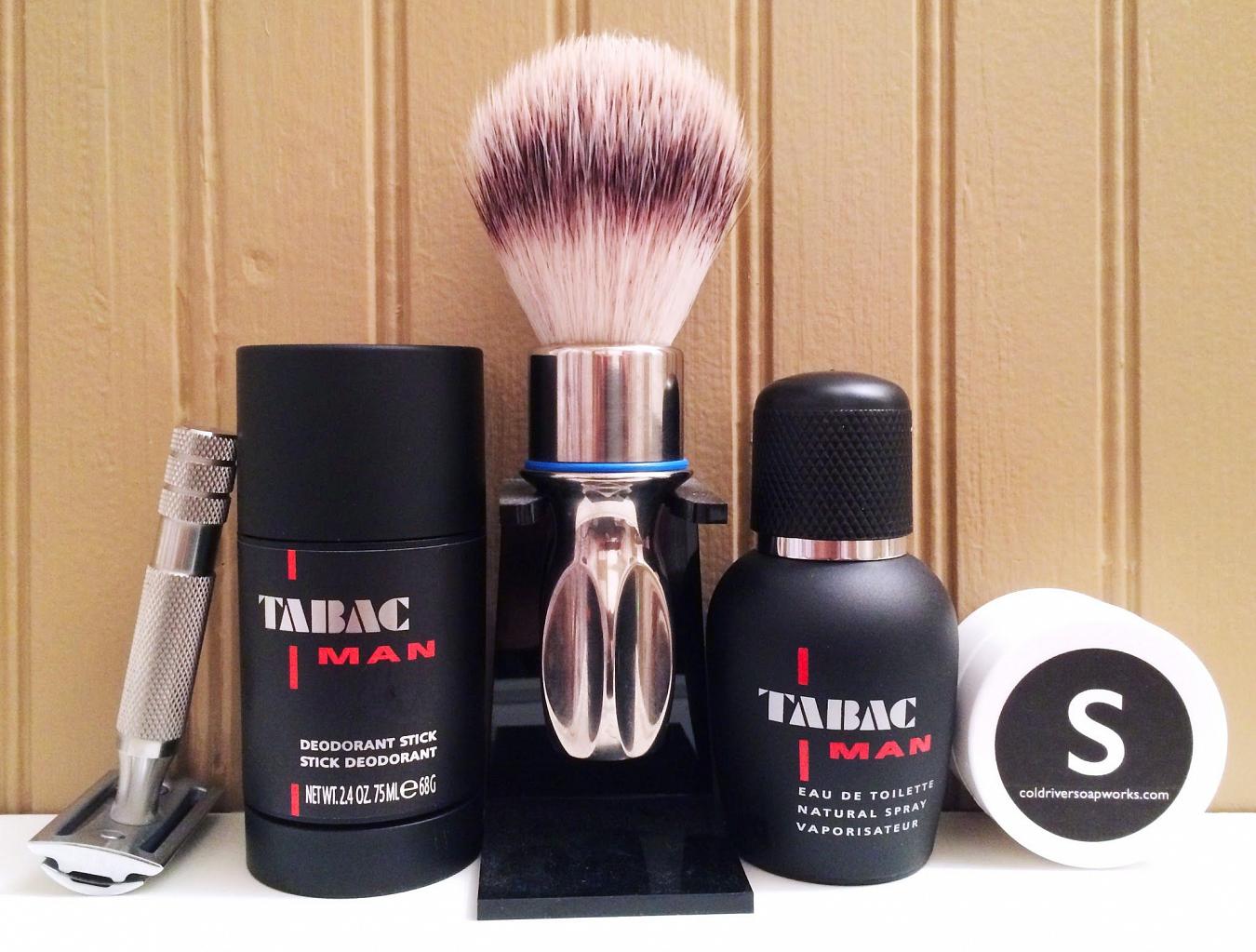 Hot on the heels of yesterday's CRSW and Tabac combo review is this one... Featuring the same great names - but different product lines!

Let's start with the #coldriversoap new and improved Select v2 line of soaps. If you follow me, you'll know that I hold CRSW in very high regard_, as the soaps have an unmatched ingredient list with truly excellent shave and post-shave face feel properties. I was a little skeptical that the Select line of soaps really could be improved... But they've done it.

The improvements are stated as "...additional slickness and a more pronounced post shave conditioning level." I can confirm that the new version is definitely slicker. I'll have to shave a little more with it to confirm the better post-shave face feel, but that appears to be the case here as well; though perhaps more subtle. The new formulation contains no sweet almond oil (to appeal to those who suffer from nut allergies) and the coconut oil has also been replaced with additional kokum and shea butter to achieve the higher level of conditioning. Fans of the prior Select formulation won't notice any change from what they love about it - just better. I might also add that the lather felt easier to produce, in grand quantity - and also seemed a tad fluffier (cushioning) as well.

The scent I used was Puro Fresco which features light notes of bergamot, lemon, and ginger enveloped by rose, nutmeg and geranium sitting on a base of musk and wood. A truly light, refreshing and lovely scent - pairing perfectly with...

Tabac Man is actually the second new product from #Tabac - introduced, surprisingly, in 2000. You likely haven't heard of it because it's a rather limited market (I got mine in Germany). Yesterday's review of Gentle Men's Care - is their third and newest and introduced in 2015. Similarly, Man bears only a little resemblance to the original that we all know and love (mostly). It's distinctly "European" and manly - and surprisingly complex! Mostly a woodsy vibe though.

Hardware today included the usual suspects... #Mühle #R89 razor with a #PolSilver blade on shave three, #BSB Shaving Brush and #GTP scuttle which kept the lather beautifully warm for the duration on this chilly winter's morn.

Another awesome shave today with some great new (and "sort of new") products. Have faith that CRSW has definitely pulled off the seemingly impossible - improving the Select line of soaps. Subtle, but noticeable improvements and a wider appeal covering those with nut allergies now. Tabac Man isn't "new" so much, being released in 2000 - but it is to the American (and other) markets in the sense that it's just not available. A shame, really - it's a great scent and inexpensive. Another winner from Tabac IMO. Though a more limited product line.