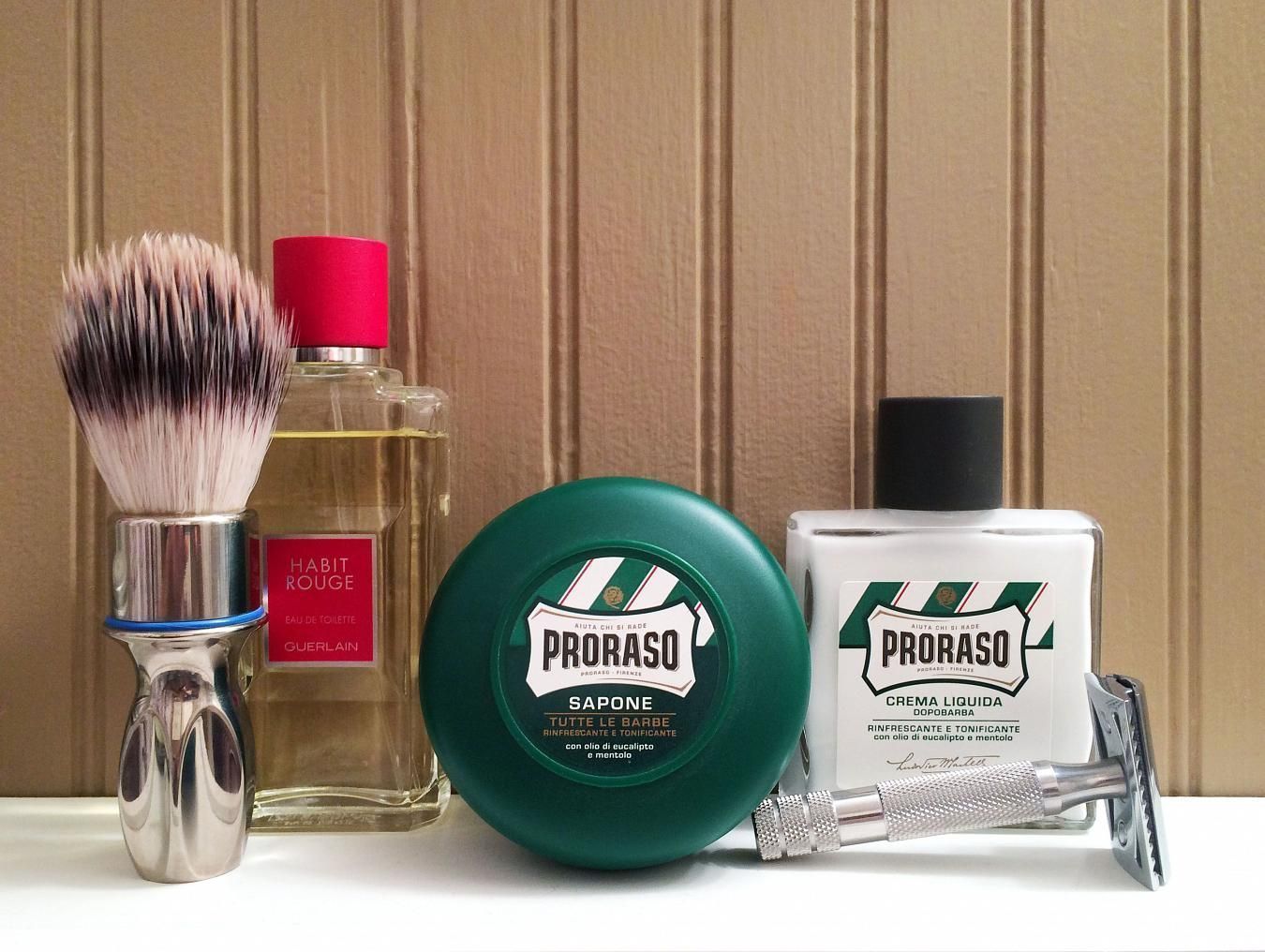 Going back to basics for today's SOTD with the classic Proraso Menthol (Green) #soap and #balm. Italian, citrusy and slightly chilled for those hot afternoons in Tuscany!

It's funny, I've had Proraso in my medicine cabinet for about three and a half years now, and was one of my first pieces of software. Every day, the soap, aftershave and balm stare at me, wondering if it's their turn again. Well, today it was! Because I've reviewed Proraso before I won't add too much today. Just reiterate that the key to making it perform is to load the shit out of it (the so-called "load it like you hate it" as some like to say). It's like Martin de Candre in that regard... Sure, a little will do - but more is better! I give both products a full 30s of loading and add water to taste; both perform quite well this way. While both Proraso and MdC have their followers (they're classics, after all) neither stack up to today's artisanal offerings in terms of pro- and post-shave performance. Nevertheless, they're tried-and-true and do a fine job - both deserve to be in your den.

Since I don't have a #Proraso cologne (nor is one offered, even if you'd want to smell like a Koala bear after lunch) I went with #Guerlain Habit Rouge as it's been a while. I could've gone with my main squeeze of late (L'Occitane Eau des Baux) but I figure y'all might be getting sick of seeing it so often...

Hardware for today included the #Mühle #R89 razor, which has an aging #PolSilver blade on shave six, as I wanted something mild. The #BSB Shaving Brush made quick work of loading the Proraso heavily and whipping the stuff into submission - and lather - in the #GTP scuttle, which also kept the slightly mentholated soap physically warm. An interesting sensation, but the only way to fly.

A few classics for today's shave! While Proraso won't blow you away, you can rely on it to deliver the goods any day of the week with solid offerings. While the scent on the green is mostly mentholated and minty, it has a bit more going on - and smells quite nice. It's a treat for those warmer days. Not too cold but just right. The best part is, it's very affordable and a great choice if you were considering getting into wet shaving to test the waters, without spending a fortune - yet it'll grow with you. I'd definitely recommend Proraso products to anyone.