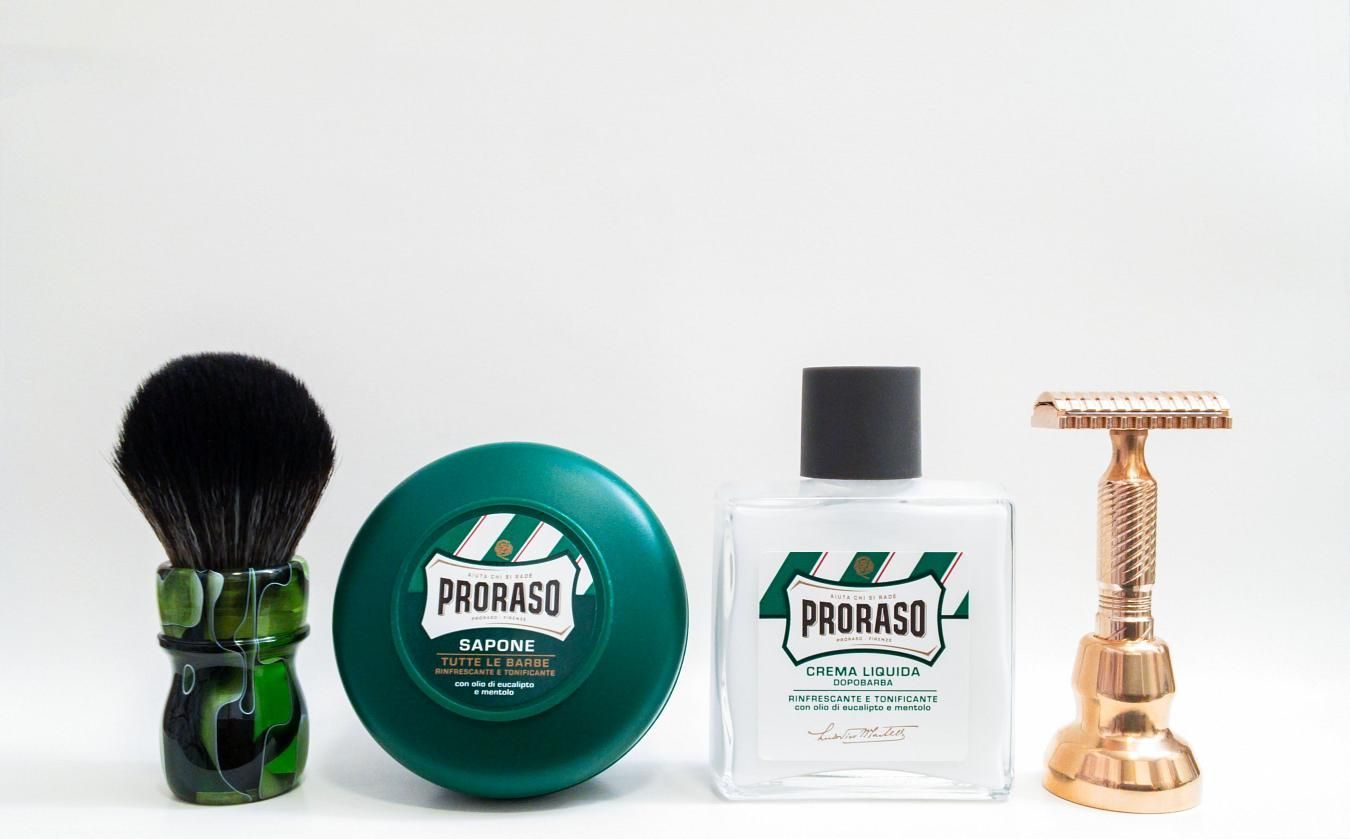 When in Rome, one does #ProrasoFriday with Proraso Menthol (green) in a matching #soap and #balm!

Proraso's first line and still evergreen. A renewed formula that stands out for the quality of its ingredients. Refreshing and invigorating, it's suitable for all beard and skin types. With pleasant notes of menthol and eucalyptus.

There's not much listed in the way of scent... Primarily notes of menthol and eucalyptus are listed, but it feels like more than that. Arguably, menthol isn't even a note... But it is, and it's your standard camphorous variety. Longevity is nothing special but it does last a couple of hours (tops). More so with the balm than the aftershave. Either way, it's fresh, clean and invigorating - just like what you might picture wanting on a hot Italian day. I dig it.

Performance wise, it's not going to rock you. Some prefer the cream, some prefer the soap. The former is supposedly better, but I only have the latter. If you give it a scant loading, the performance is only so-so - the trick is to load more heavily. Just like Martin de Candre this #Proraso soap shines when you load it more than usual (I used a solid 30s worth). This thickens up the lather, besides obviously producing more of it. While the soap lacks in skin feel (post-shave) it does feel nice pro-shave... Cool, crisp and plenty slippery enough.

I used the #TimelessRazor open comb bronze #TRBR78 with an #Astra blade on shave three. A while back I finally dialed in this bad boy, but switching to an Astra blade really made it shine. All the harshness is gone, especially as this blade ages a few shaves in. Smooth yet ruthlessly efficient. I kid you not when I say I had the best shave today that I've had in a long while. Absolutely BBS, even trouble spots like the chin and jawlines were immaculate. I faceturbated repeatedly and I'm not ashamed. The brush is a beauty from #WildWestBrushworks making its debut. It called out for a 24mm BOSS knot, which I think suits it perfectly. Called Marsh Water due to its colors, the resin is amazing; it's a transparent, wild ribbon effect in 3D (my second such brush from same, in different colors and knots). The #GTP scuttle did its usual.

Holy shit, what a shave. Even using such "bourgeois" software as Proraso with the right hardware, it'll sing. And boy, did it. Very happy with today's shave - and when the Proraso runs out, I'll be restocking. Everybody should have some in their den.