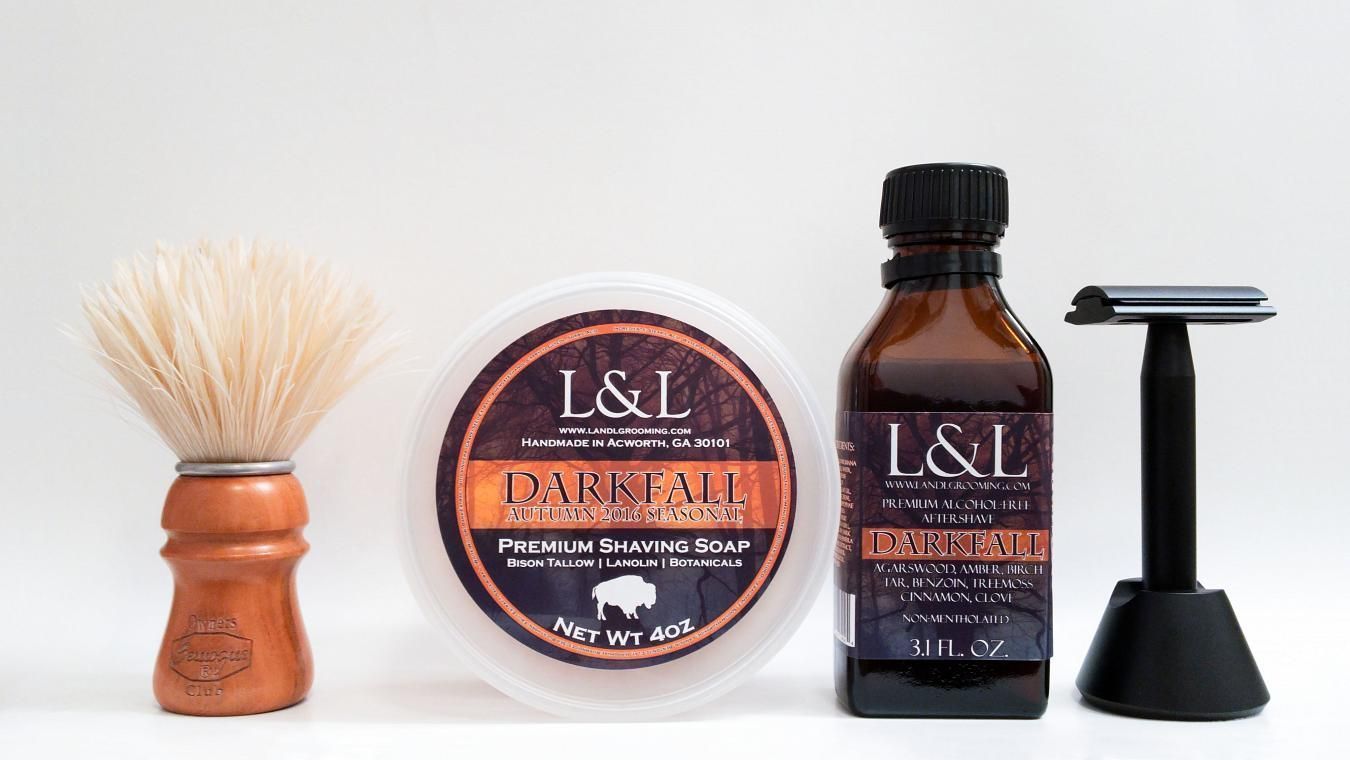 It's almost that time of year again - and to prepare for the epic autumnal release of L&L Grooming Darkfall #soap and #aftershave combo on September 19, 2017!

Darkfall is a spicy oriental designed to capture the spirit of fall in the rural south. Agarwood, amber, and benzoin provide a deep, warm base for the cinnamon and clove top notes. Birch tar adds a slight smokiness that represents the ever-present smell of burning leaves that heralds the arrival of fall in Georgia.

I did a very extensive review of Darkfall last year when it made its debut. I won't get into all that again, but I will point out some key differences for this year's release, which is set to drop on September 19, 2017. Since last year's release, the labels both as far as artwork and robustness have been improved. They're fully waterproof now, but still somewhat susceptible to wear and tear. The former "wide open" restrictors in the aftershave bottles have also long since been addressed. The formulas for both the soap and aftershave, as well as the scent itself - remain unchanged. So basically, this is some really fine smelling stuff with performance to match. If you missed last year's release... Don't do it again. Seriously.

One thing new for this year's release... A matching EdP! Yeah.

Hardware for today's ritual befell the all-black #StandardRazors razor with a #Feather blade on shave three. As I mentioned yesterday, I'd normally pair it with the all-black Satin Tip brush... But the #SOC brush seemed like an equally good fit, thematically - and handles the soft soaps (like #landlgrooming, among others) especially well. The lather blew up in the #GTP scuttle, as expected, and stayed nice and warm for the duration.

I love Darkfall as a scent... It's a true fall time scent complete with warm, woodsy smoke and spice. Of course, y'all know how well the software performs. So I'll say it again - don't miss this year's release.