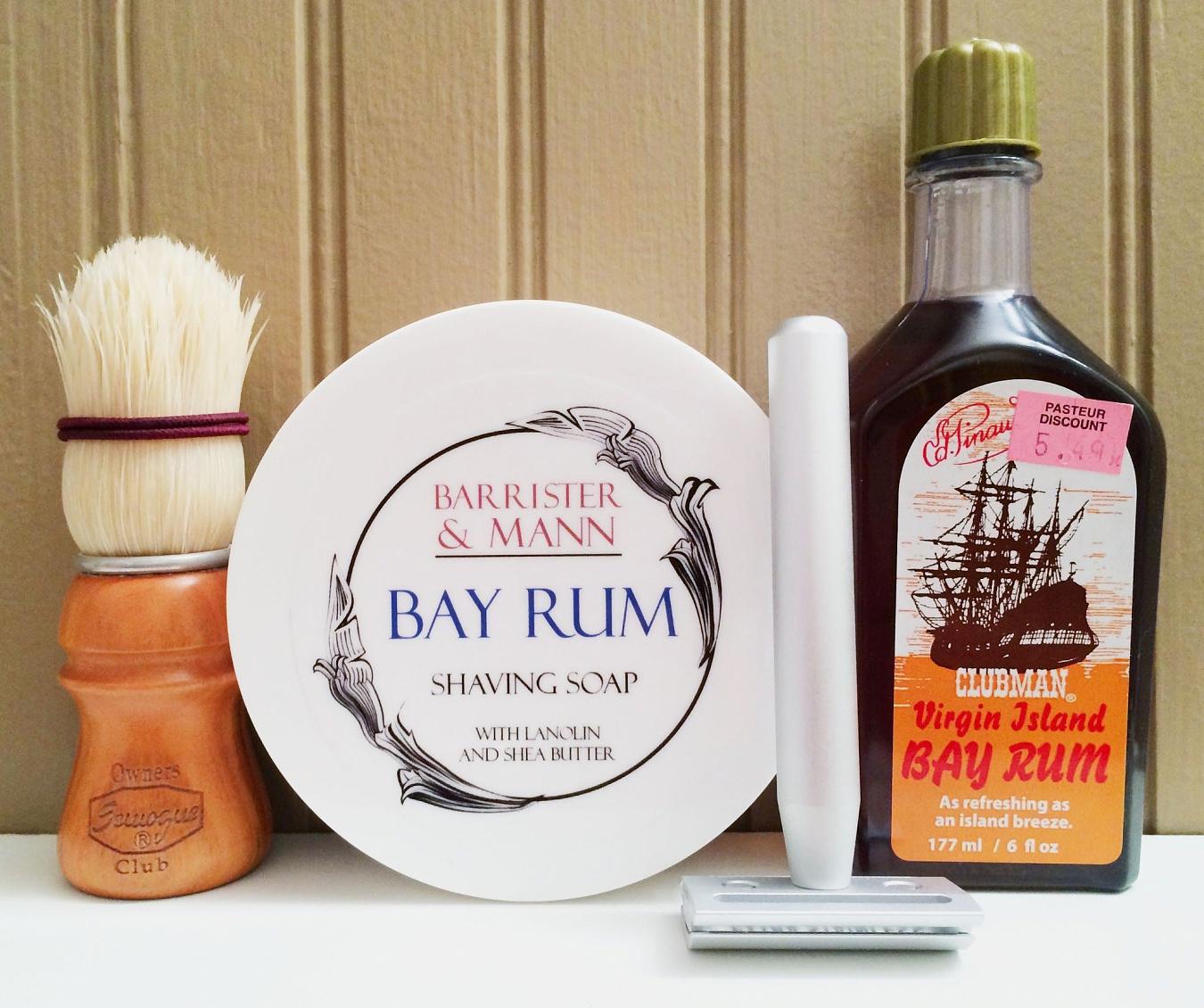 It's #HumpBay! This SOTD features bay rum badassery by the way of Barrister and Mann Bay Rum #soap and the classic Pinaud Clubman VIBR #aftershave software!

I've reviewed Barrister and Mann Bay Rum before. TL;DR is that it's awesome. Typical #BarristerMann and a great take on bay rum. If you're a fan, you should grab some... A great way to enjoy the scent with outstanding performance to match.

New in my den, but certainly not the shaving world - is none other than Pinaud Clubman Virgin Island Bay Rum (a.k.a. VIBR). This stuff has been around forever and many use it as a reference bay rum (what it should smell like). It's got bay (pimenta racemosa) obviously, but also "exotic spices." While not listed, cinnamon is a major component as is clove and maybe some black pepper. It's very warm, spicy and just oozes bay rumminess. The initial scent strength is quite potent - and longevity rather decent; but bay rums are all fleeting. For $5.50 a bottle (other sizes are available) it's among the best bargains in shaving today. The ingredients are simple, and won't win any awards when it comes to skin food, but using a good soap will make up for that, as it did today:

One thing that VIBR is often associated with is "the burn!" Some suggest it's got more burn than Rome under Nero, more Bern than Senator Sanders... No, I would disagree. It does have alcohol, so no surprise there. What some are probably reacting to is the cinnamon, which can definitely have a... Warming effect. Captain's Choice Cat o' Nine Tails likely uses a similar treatment (though it's not mentioned anywhere and the good capt'n won't say). It really depends on a) the quality of your shave and b) your sensitivities. After today's good shave, I found it strong, but not extraordinary. Co9T doesn't warm me, either... So YMMV. At any rate, a good bay rum should burn at least a little!

Hardware today included the #StandardRazors razor with a #PolSilver blade on shave four, the #SOC brush and #GTP scuttle.

An awesome #HumpBay shave, utilizing the latest in top-tier artisan soaps and an old school classic aftershave in the ultimate we shaving scent... Bay rum! You can't go wrong with any of the products pictured. Are there "better" bay rum splashes out there? Sure. But not at this price - spend the money on soap instead; your face will feel just as good if not better by not getting torn up in the first place.