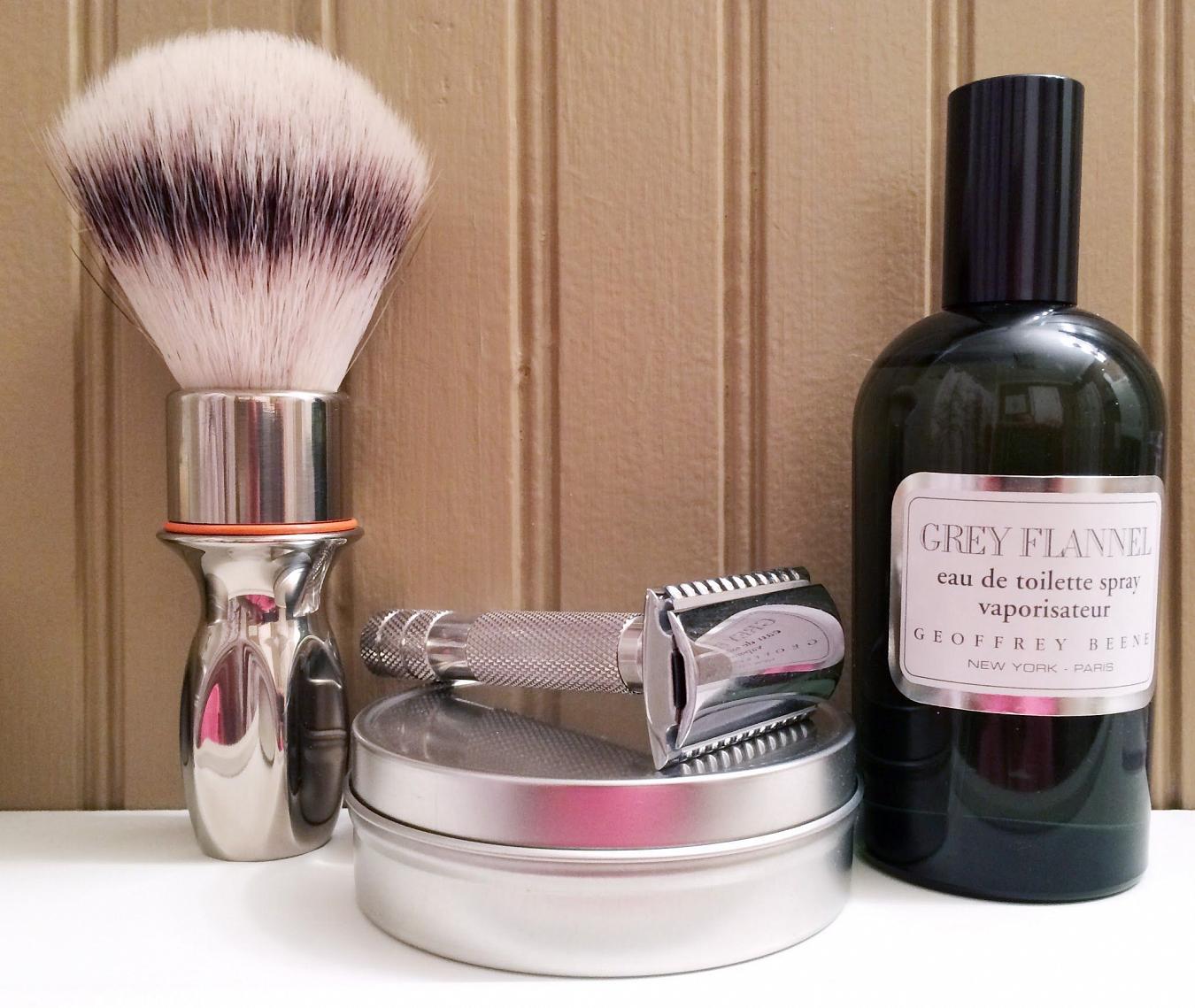 Originally, I was going to give Saponificio Verisino 70th Anniversary pair a third go today... But who am I kidding? I couldn't resist the lure of new stuff! And it doesn't get much newer than an experimental batch of #DrJonsSoapCo Aphrodite for #testing. has been playing around with the formula to create something even slicker - if that's even possible. I already consider his soaps among the slickest available... How'd it go?

"Wow." This stuff is slicker than whale snot! It made my skin extremely slick and I could basically make as many strokes during my passes as I wanted, whether the lather was there or not. A funny aspect; it made stretching my skin a little difficult as it would slip under my fingers! It takes water and running your hand over your face to fully remove, such as when you do your final rinse. Even rinsing out the Shaving or after the shave, I could feel the slickness of the lather.

The scent is Aphrodite, that is - black currant, rose, apple and pomegranate. Much like his Hydra soap, every time you sniff if, you pick up a different set of notes. It's a complex scent if you get in there, but overall it's fruity and floral. It's hard to pin down exactly what you're smelling at a given time. Really nice and enjoyable. The post-shave face feel is very nice; moisturizing without being over the top.

I've sent Jon my thoughts about this new formula and some suggestions. I'm eager to see how this formulation progresses.

As for the aftershave and cologne, both were Grey Flannel by Geoffrey Beene - which has been around since 1975... Though the current juice is (by some accounts) vastly different than the original. Nevertheless, it's one of those scents that you don't really recognize at first, then you apply it and get a few whiffs... Suddenly it's like, "oh, I remember this scent!" Yup. Quite popular "back in the day" and is basically a bitter floral on the open and mid notes that changes to a powdery, woody, green on the base. I never wore it aside from maybe a sampler when it was popular but I look forward to it now - as it's more of a rarity these days. Sillage is quite strong.

The aftershave bottle doesn't have a restrictor and it was a bit of a pain, even with a finger, to dispense just the right amount. Not a biggie. The face feel was quite nice... Nothing special, but nice. I won't mind using it one bit - and it sets the stage for the EdT to follow.

Last but not least, the #Mühle #R89 razor did the business, fitted with a #Feather blade on shave three. I think this might be the blade to use in this razor. As smooth as the #PolSilver but a bit closer in shave. Indeed, the first couple so far blew me away. Extremely close for such a truly mild razor!

So there it is! Something new and something old. Coming together in a lovely, modern shave. I'm quite pleased with the results of both and look forward to using them again in the future.