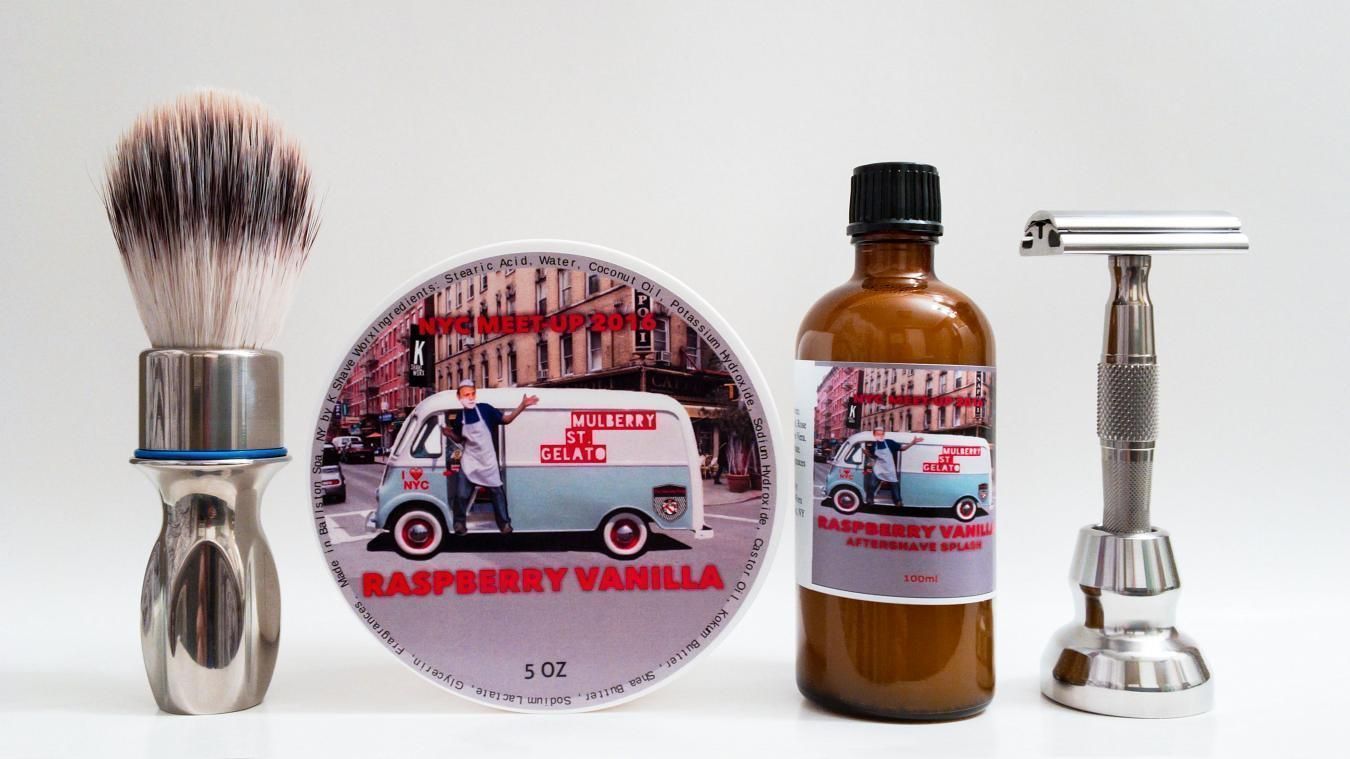 Raspberry Vanilla by #KShaveWorx was the "official" August 2016 NYC Meet-Up soap. It was sold on a pre-order model and delivered personally at Pasteur Pharmacy (where it was held).

The notes are as billed; raspberry and vanilla. Simple, but oh so lovely if you're a fan of raspberry in particular. The vanilla is more of a supporting note but combines perfectly in this creamy concoction. I've reviewed Raspberry Vanilla extensively before, so I won't repeat that all here - though the chart above is new for a K Shave Worx post. It's representative of their other offerings.

Hardware for today's duties fell to the #TimelessRazor in the "mild edition" with a #Stork handle and a nice, fresh #PolSilver blade. The #BSB Shaving Brush did its own thing in the #GTP scuttle.

I realized I hadn't used a K Shave Worx combo in a while, especially this one... And it was time! While the software isn't particularly standout, the scents are cool and reliable performers at excellent value. This particular scent is really nice as I'm a big fan of both raspberry and vanilla. So much so that I picked up two sets of this combo; one to use and one to keep in the stash. It's simple, but divine - and makes me smile every time.