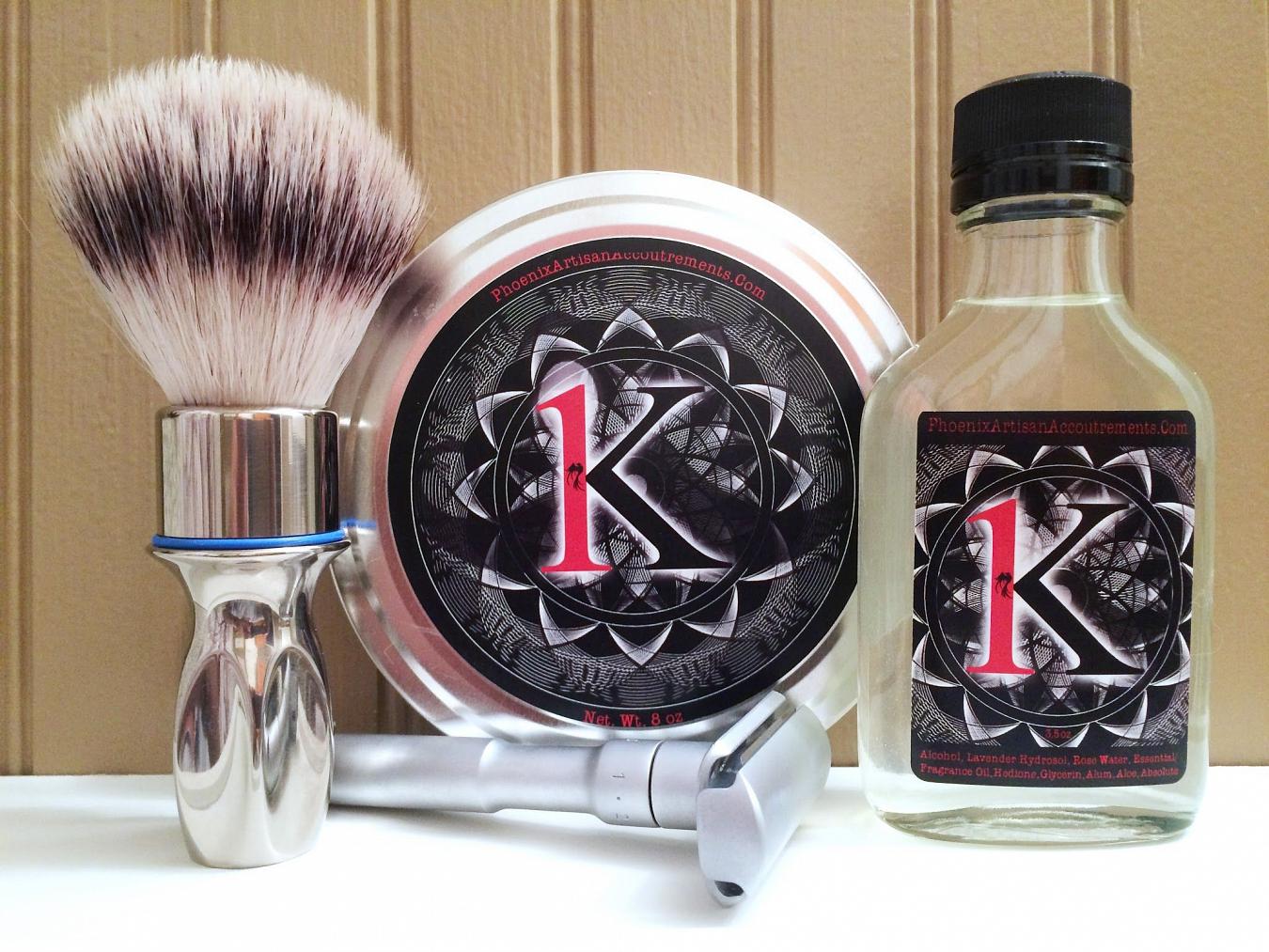 This Monday morning SOTD is brought to you by PAA 1K #soap and #aftershave combo! Break out the bag of black Twizzlers and hold on!

For today's software, I've never done the full 1K experience (using both the soap and aftershave) until now... I've been busy with other products of late. Though I did do a first impression of the scent (http://tinyurl.com/o6ws2f6) which, in a nutshell - is straight up anise/licorice on the top note, especially the soap, which is more one-dimensional and medium in strength. Performance of course, is typical 2.5 - awesome. I think it was a missed opportunity to make this soap black in color, which was debated before release.

The aftershave however, quickly mutates into a woody beeswax. The floral and citrus is quite subdued, but adds complexity approaching the middle... The base is a sort of musky, greenish amber - definitely picking up vanilla bean... Only a slight hint of anise way in the background. Fear not, licorice-phobes.﻿

The hardware today includes the #BSB Shaving Brush - which you'll note, I switched out the O-ring from purple to blue. I should've left the black one in that I originally had this morning as it would've matched the #PAA 1K theme... Alas, it needs to stand out from the Switchback a little. ;)

The razor of choice was the #Merkur #Futur fitted with a fresh Bulgarian #PolSilver blade for a killer smooth and sharp shave. I haven't used any other blade (except a Feather - in the Feather AS-D2) since I got them. They're most definitely my go-to blade now.

The #GTP scuttle, as usual, keeps the lather contained. And brings up a point I'd like to reiterate about natural vs. synthetic brushes. The former is porous and holds both water and product. This is why you want to soak them (e.g. while you shower). Synthetic brushes do not, and merely need to be wet before use; though I do like to soak mine for 20s or so to get the fibers hot for lathering. Because synthetic brushes don't soak up water or product, they're very frugal with soaps and dry very quickly.

Which do I prefer? That's a very good question but like asking a parent which is their favorite child... You just can't pick one. Unless you're a collector, each brush should have its own unique qualities, just like razors, that you can choose from. I will say that the #Mühle STF XL knot in this brush competes with the best silvertip badgers because it's so large and so dense.