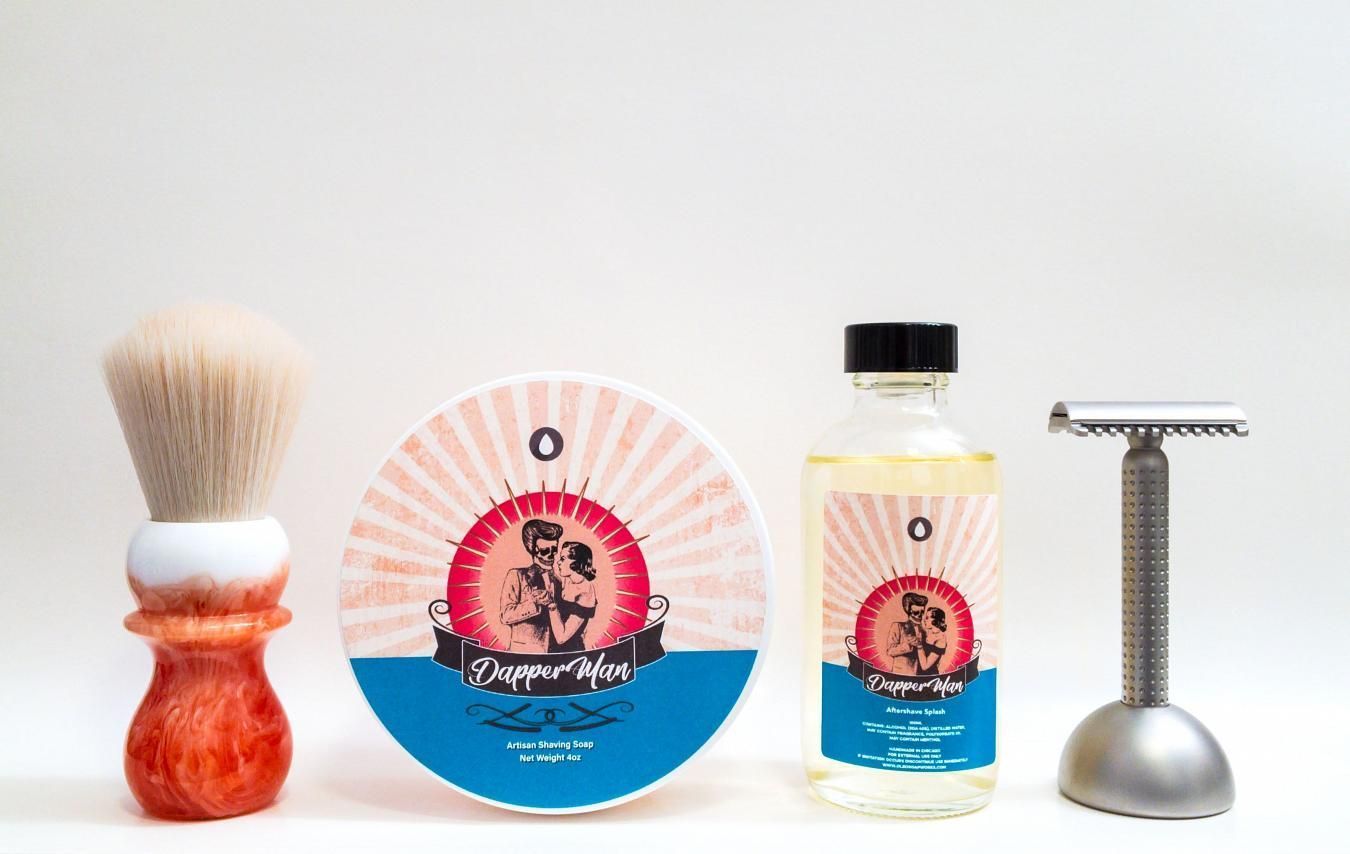 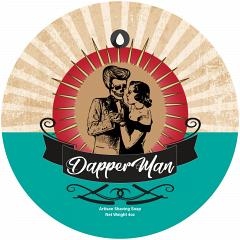 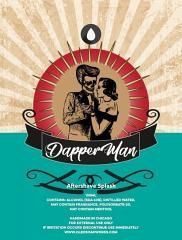 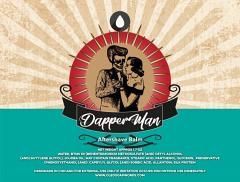 Time to get ready for the warm weather and hit the beach with Dapper Man by Oleo Soapworks (based on Amouage Beach Hut Man) in this Special Edition release #soap and #aftershave!

An olfactive escape to a place of freedom and oblivion where nature overpowers all senses.

I actually did an in-depth review of Xocolātl so do check that out for comparison. The soap today is based on the newer soap base, called Canard and includes duck fat. Dapper Man is a very limited Special Edition of 30 tubs (with matching aftershaves and toners), which of course - sold out rather quickly. The soap listed for $18, the aftershave $11 and the balm $10. No additional runs will be forthcoming. The scent is based on Beach Hut Man by Amouage - a woody aromatic fragrance for men, launched in 2017. The nose behind that fragrance is Elise Benat. The shared notes include top notes of mint, orange blossom and galbanum; middle notes of vetiver, moss and ivy and base notes of myrrh, patchouli and woods.

Of course, the real Amouage Beach Hut Man is quite pricey! You're talking about $310 for 100ml of Eau de Parfum here. Dapper Man utilizes a dupe oil by Dua Fragrances (see Paradise Sunrise). You might recognize them from the Ariana & Evans infamy. I don't have the real thing, so I can't compare them side-by-side - but I suspect it's quite close. I don't plan on getting the real thing to find out, except as a decant perhaps.

Dua introduces another phenomenal inspired expression of a powerhouse modern scent from the extraordinary niche house of Oman, Amouage. Paradise Sunrise is undoubtedly a scent that's full of character and presence. The composition is green, woodsy, extremely aromatic, and powerful. This extrait de parfum will last all day and then some. Embark on a fantastic olfactive journey of pure pleasure and emotions with this exhilarating fragrance. A sublime experience that takes a back seat to no other. Experience the mesmerizing sensation and create memories with this inspiring new offering. Enlightenment is only a spray away, what are you waiting for?

The scent comes off a little brash and "cologney" at first (perhaps due to the scent strength, which is decidedly robust). Thankfully, it smoothes out and tones down nicely on dry down. It opens as a fresh, citrusy floral before turning greener. On the base it's more earthy, woodsy. Fully dried down it does have a beach vibe! It's not your typical "coconut and suntan oil" attempt; rather much more sophisticated. Sillage at first is a high medium but settles to a medium with a longevity of 8+ hours.

As mentioned, this is the new Canard (duck fat) base, which all soaps by #oleosoapworks will use going forward. It's a fairly similar formula but a definite improvement... How does the soap compare to the former base used in Xocolātl for example? The new base is much slicker with a slightly better resulting face feel. I really like it, and is a strong value compared to other artisans using duck fat by far. The lather was thick, with excellent primary and secondary lubricity and good post-shave face feel.

Ingredients of the new soap are as follows:

As compared to the previous base:

Hardware today included the #TataraRazors Masamune with the open comb base plate and a #Feather blade on shave three. The brush is making its debut today, and is a custom piece from #TurnNShave. Milton did a fantastic job on this one, creating an orange creamsicle effect. The knot is a 24mm Cashmere that's set at a slightly lower loft than usual, so as to give this rather soft knot more backbone - which works quite well. That's why the knot looks more slender than you might be used to seeing. Awesome feel on the face! The #GTP scuttle did, yup, its usual!

A beachy shave today, rendered by the nicely improved soap base by Oleo Soapworks followed up by the aftershave to seal the deal. I can't wait to break this one out again once it - if ever - warms up! I really dig this scent, but it's definitely a warmer weather, casual wear affair.