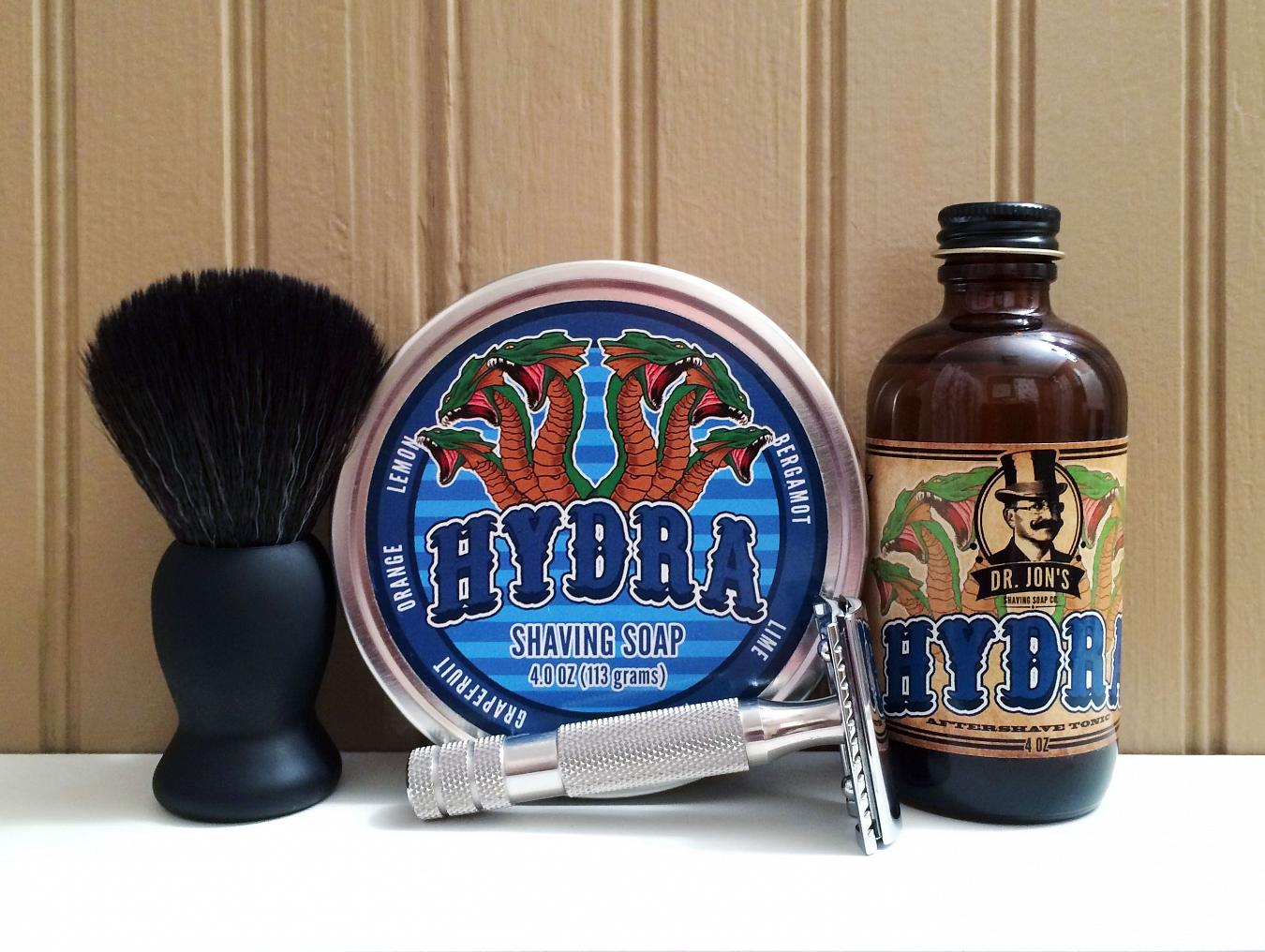 One of the first mega-citrus bombs out there, Dr. Jon's Hydra #soap and #aftershave still holds its own! Though this is the original formula, going on two years old now.

Dr. Jon's Hydra is the ultimate shaving soap for citrus lovers! We make Hydra Soap with a hand made blend of six citrus essential oils giving you a refreshing shaving experience not found anywhere else.

I've been using #DrJonsSoapCo Hydra for a couple of years now, and my original formula tin reflects that. It was one of the first to have a metric ass load of citruses in it; notes of lemon, orange, grapefruit, mandarin, lime and bergamot! Originally it was just the soap, but about a year later came the aftershave. Today, there's a v2 version of the soap that's all different, ingredient wise. The biggest issue people had with the original formula was that the soap was soft - very soft. People just couldn't wrap their heads around how to load it. Really, it just took some practice. The new formula addressed this. Interestingly, my now two-year old tins have gotten hard... Really hard! Best to load these suckers with a brush like the SOC and "load it like you hate it."

Back when it first came out, these soaps were among the slickest around. I mean insanely slick. Really nice soap. While I haven't tried the latest formulation, it still competes well today - though it's dropped a few pegs. The aftershave performs well also, but two things worth pointing out. The first is the scent; it's strong and of course citrusy, but being that citrus oils are quite volatile, this scent just doesn't last too long. I followed it up with Guerlain Habit Rouge which opens with their signature citrus accord. Seemed a natural segue. Secondly, the aftershaves contain alum. I used to like it in an aftershave, but I'm not such a fan anymore. It tends to tighten the skin a bit, and has a rather unique feel to it. I'll certainly still use it!

Hardware for today was the #Merkur #23C with a #PolSilver on shave three this week. The black Satin Tip brush was feeling left out, so I grabbed that for today and lathered up in the ol' #GTP scuttle.

This soap still performs (and smells) great, even after two years. Ironic that the biggest issue - of being too soft - is now the exact opposite, and too hard. All good - it made for a great and great-smelling shave today! I haven't had the pleasure of trying the new formula yet, but I hope to remedy that one of these days!