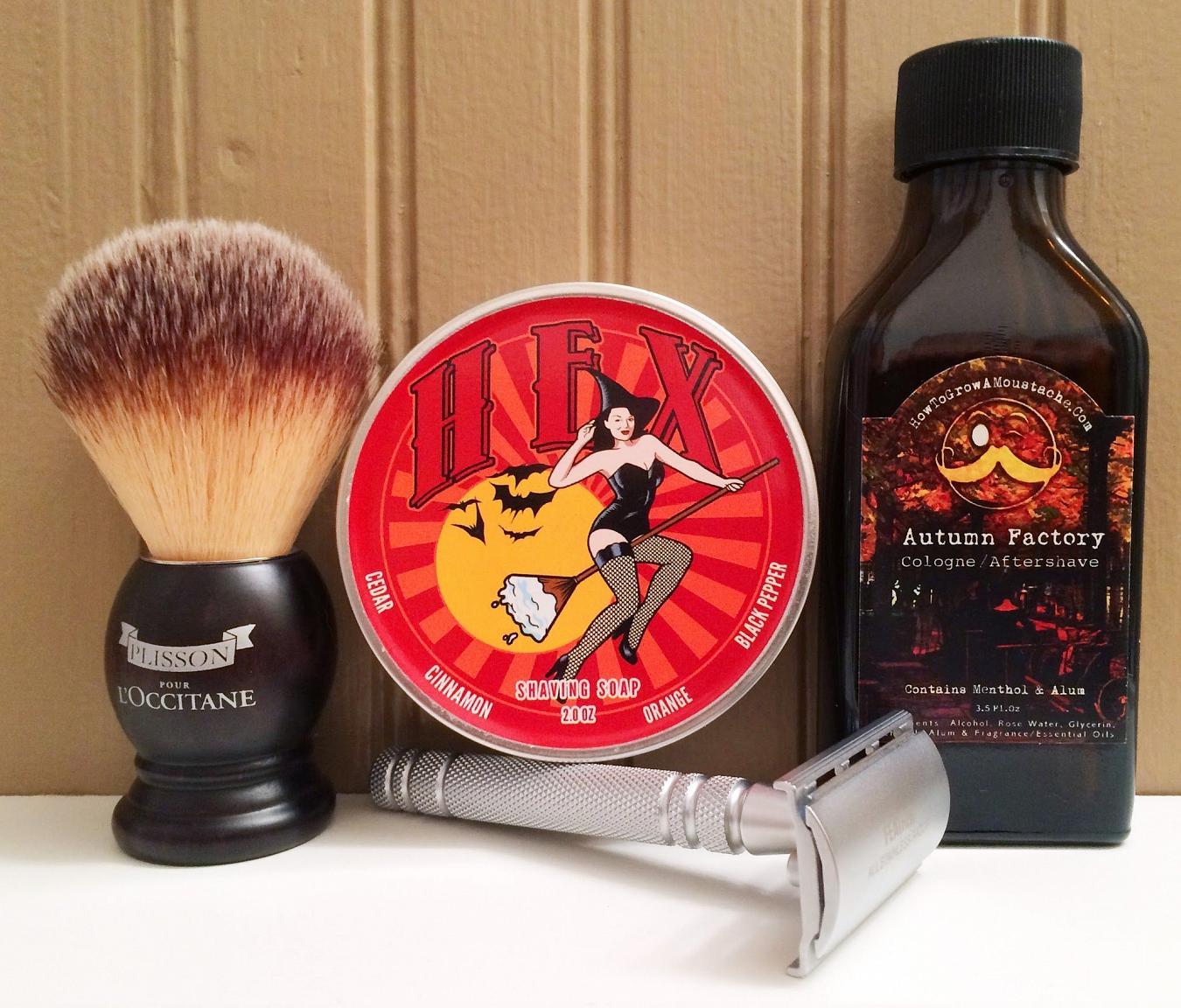 Yup, hard to believe - but fall is on our doorsteps. Where did the summer go!? At any rate, I'll be dusting off the fall favorites for your consideration... Today's lineup includes and !

I'm a big fan of #DrJonsSoapCo so I was eager to try out another scent. Hex consists of cedar, cinnamon, orange and black pepper notes which sounds like a nice, spicy, fall-ish affair... On paper. To my nose though, I hate to say it - but the scent of Hex didn't do it for me. It just smelled cedarish with "something else" going on. Woody, but the other notes fell flat. Something got lost in the translation. It still smelled good, but I give this one a "meh." The performance of the soap was top notch however, as they all are. Nice creamy lather that offers excellent slickness.

#PAA's aftershave, called Autumn Factory is a fitting name, but don't be fooled - it's a good scent for the holidays also; in fact, you can use it the entire winter, IMO. It's decidedly not a warm weather scent though. The notes include nutmeg, clove, cinnamon, peppercorn, ginger and vanilla on top, while the base throws in some benzoin and helichrysum. Long and short of it, when first applied - it's like taking an Atomic Fireball to the face. Combining the (alcohol) burn of a bay rum with an over-the-top cinnamon blast... Nothing warms you up and says "happy holidays!" like this stuff. A bit of menthol reminds you of the cool air outside. When it's dried down you still mostly smell cinnamon, but there are more spices to it. A perfect pairing to Pumpk'n 3.14 soap!

...And check out that collector's edition apothecary bottle! ;)

The today was the because of the soft nature of Dr. Jon's soaps - it's super soft and I just find it's easier loading, especially a little wetter than usual. Plus the colors are just a perfect fit. My shimmed AS-D2 with matching Feather took care of business, providing a nice, carefree and close shave. The kept the pie nice and warm.

There you have it! My first (of several) fall introductions! While Hex was a miss for me scent-wise, the performance was typical - that is to say, excellent. On the other hand, Autumn Factory is a seasonal favorite of mine that I like to wear during the winter months to scare away the cold and recalls pies, gingerbread and all things nice - a must-have!