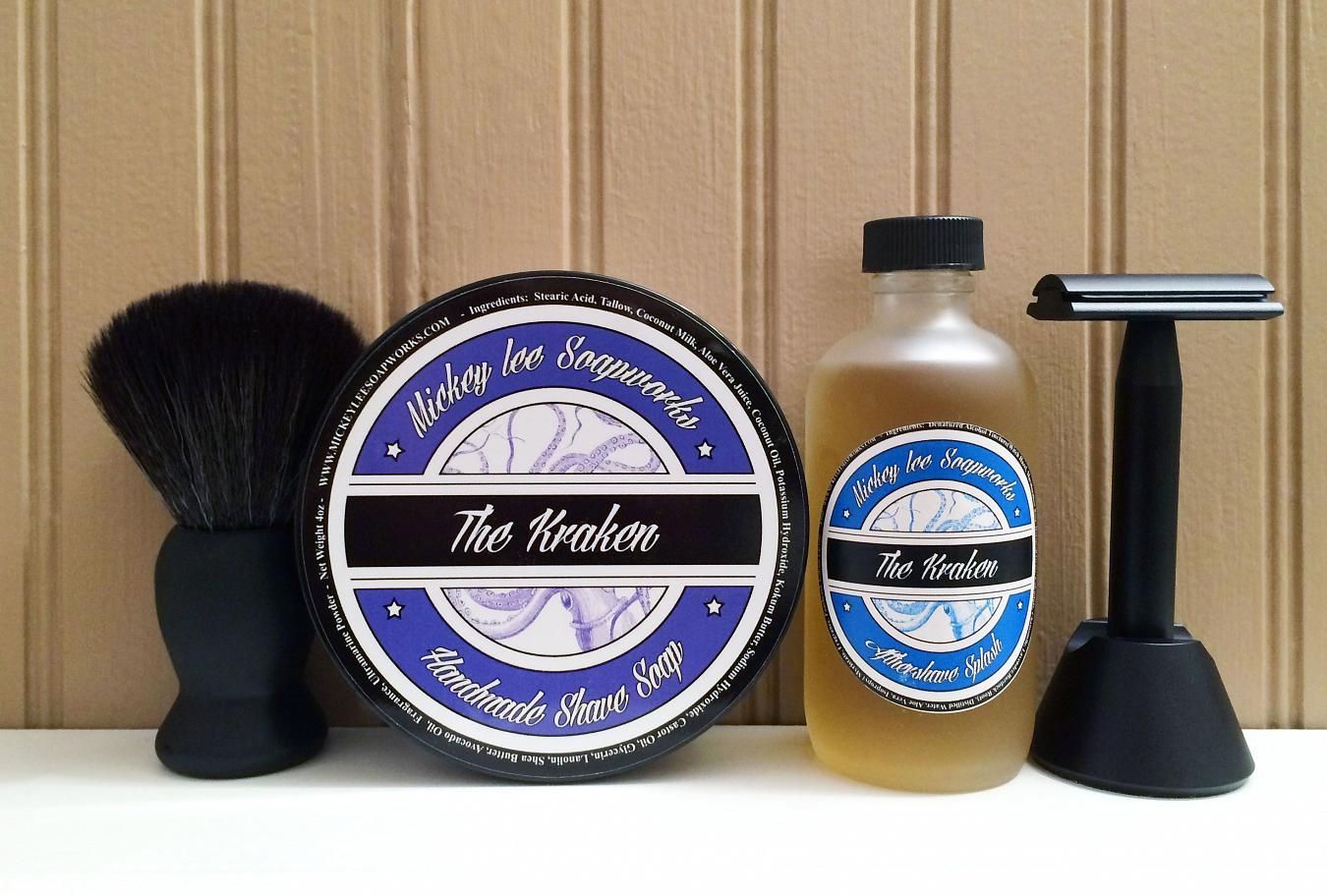 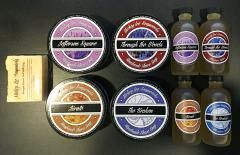 Unleash... The Kraken! By Mickey Lee Soapworks of course, and in the form of #soap and #aftershave for this SOTD. Aquatic, fresh and clean - different!

Officially, it's stated as being a classic barbershop taken a step further by incorporating an undercurrent reminiscent of fresh ocean air; hints of salt air, sea kelp and agave. Not to mention the name itself, The Kraken - and you can imagine that this is an aquatic scent profile of sorts. While I don't know that I'd call it "barbershop" necessarily, it certainly does have that vibe. And despite the obvious aquatic notes, the most likely first impression you might get is, "this smells like fresh, clean laundry." I don't know if they've used an available, off-the-shelf "Sea Kelp & Agave" fragrance oil, but it seems to fit the profile with notes of agave, sea kelp, ocean breeze, citrus zests, bergamot, dewy cyclamen and sandalwood. When applying the aftershave, I could've sworn that a couple of times I noted hints of citrus. At any rate, it's bright, soapy and unique. Even the soap itself is something to behold - it's a white base with swirls of blue, like the waves crashing in the surf of light blue waters. The scent strength is a solid medium, if not a bit more. And that's a good thing! I found myself huffing the tub repeatedly and inhaling deeply when applying the aftershave. This scent has been a staple of #mickeyleesoaps almost since the beginning, and I really hope it continues on (as it should, it's quite popular). The longevity of the scent, like Jefferson Square isn't perhaps as "obvious" as the other scents, but you'll catch whiffs of it just the same - and for a good four hours or more. Also similarly, it does seem to fade a bit quickly into the background after initial application.