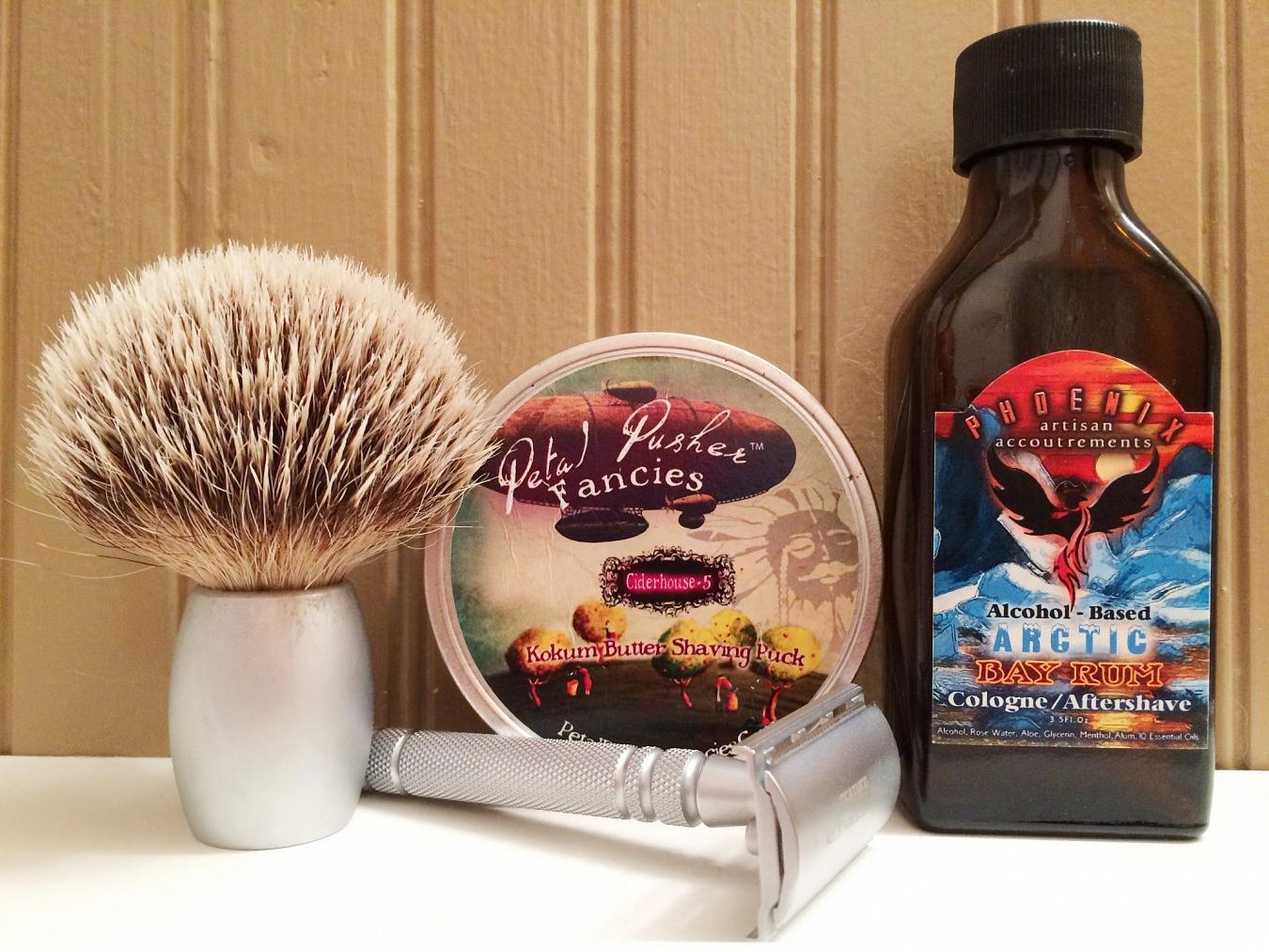 Another SOTD courtesy of the awesome - Petal Pusher Fancies Ciderhouse 5 #soap! Reminiscent of autumn in New England, this no longer available goodness lives up to its name...

Today was all about CH5 (CB4?) and the lovely spicy, applesque scent. Like walking among the orchards in the fall, smelling spiced cider. It's a rather weak scent compared to most current #PAA soaps, but subtle is good... Though there's nothing subtle about the performance! The avocado and almond oils used in this soap is no longer used in current PAA formulations either, which is unfortunate as they provide a degree of slickness that I think gives this stuff an edge. Alas, some folks have allergies to avocados and/or nuts. What to pair with it? I just reached for the Arctic Bay Rum as it too is spicy, without the strong fall/winter notes of Autumn Factory... Which really, would've been my go-to were it not summer. Pomegranate Bay is another good choice.

The hardware was also chosen with a purpose. The #Dovo silvertip badger brush is my second-smallest, handily loading the goods in these small tins - and the #Feather AS-D2 razor made for an easy, breezy shave on this #FriYAY for me (I'm outta here at 12pm!). I'll give you one guess as to what the suds were mixed up in... That's right, the #GTP scuttle.

See also this later shave with Ciderhouse 5 for more details.