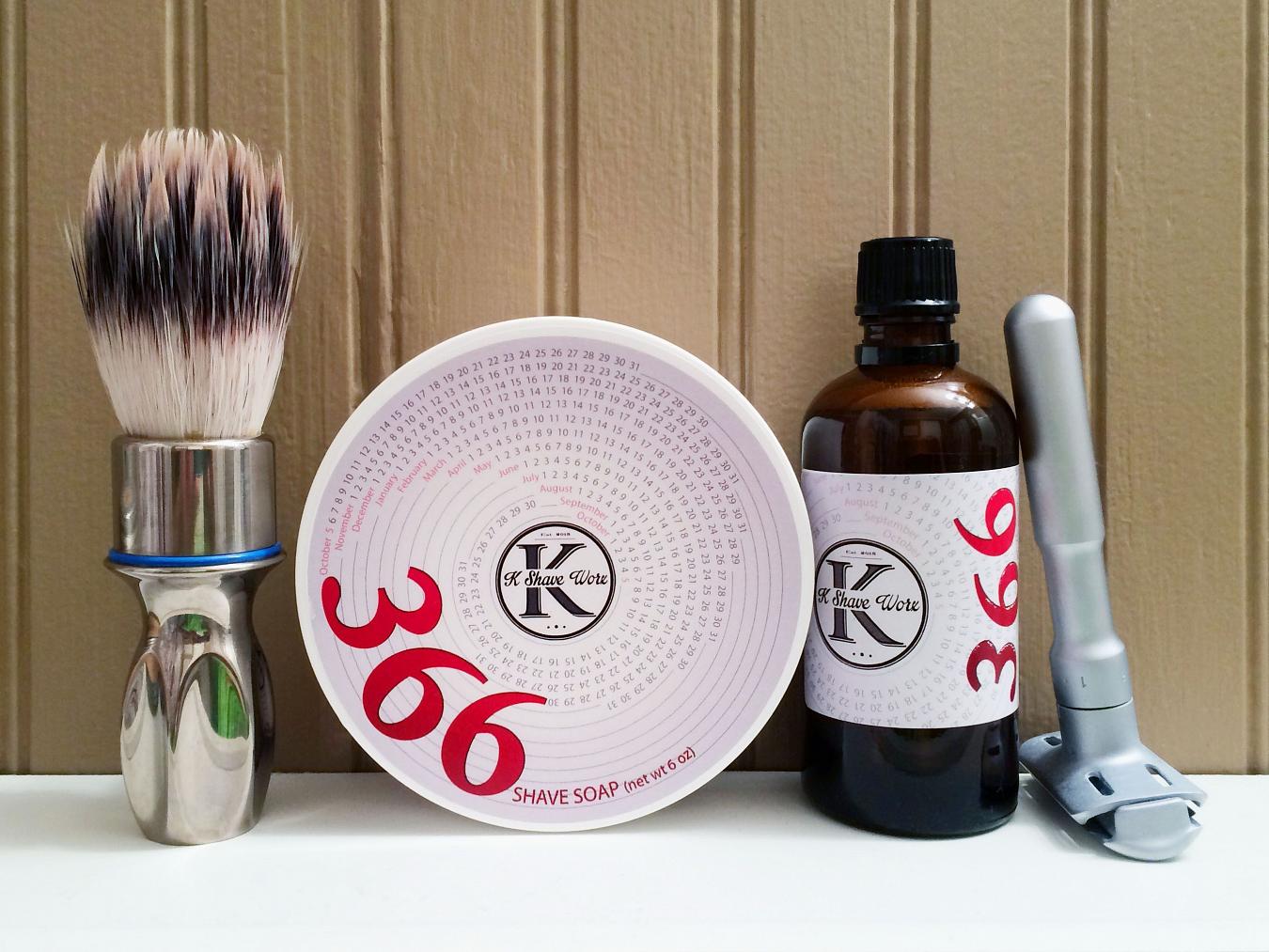 Having a lot of shaving software means to get to "rediscover" great scents like K Shave Worx 366 #soap and #aftershave - their one-year anniversary special edition combo.

I actually reviewed 366 back in October when it came out. I hadn't used it more than maybe once or twice since then, having been caught up in holidays and travel, other software reviews and well, life. Though I've used other #KShaveWorx stuff over that time, 366 kind of sat by the wayside, looking at me forlornly whenever it was passed over. This morning I decided to change that. I took a whiff of the tub and was like, "whoa." Its fate was sealed - it was going in rotation for this morning's shave. It's deceptively simple with notes of cherry, orange, strawberry, pineapple, lime, eucalyptus, clove and vanilla. It's fruity and piquant as you might expect, with citrus giving it that zing. But the eucalyptus, clove and vanilla really make it all pop. Performance is very good indeed and left my face feeling great.

Hardware today consisted of the #Merkur #Futur which I seem to have fallen in love with all over again as of late. For some reason, it's been exceptionally mild - even when using it all week long. Sometimes you just get a blade that sings, for whatever reason. Or maybe it's the special way I made sure it was absolutely straight in the razor before capping it. Who knows... Alas, it's the end of the road for this #PolSilver as it's surely on shave five by now (I lost count). The #BSB Shaving Brush made quick work of lathering the good stuff in the #GTP scuttle. A weekend's worth of growth was gone in a flash and my face left BBS.

K Shave Worx is dependable performance in a variety of very nice scents. The only let down I suppose, is that many of the scents don't seem to last that long on me. Some more than others naturally, but I think the fruits (and obviously the citrus notes) used in a lot of them are just too volatile. Which is counterintuitive, because in the tub, they have a pretty potent scent strength. Either way, I have no complaints and love their products. Fantastic value and performance.