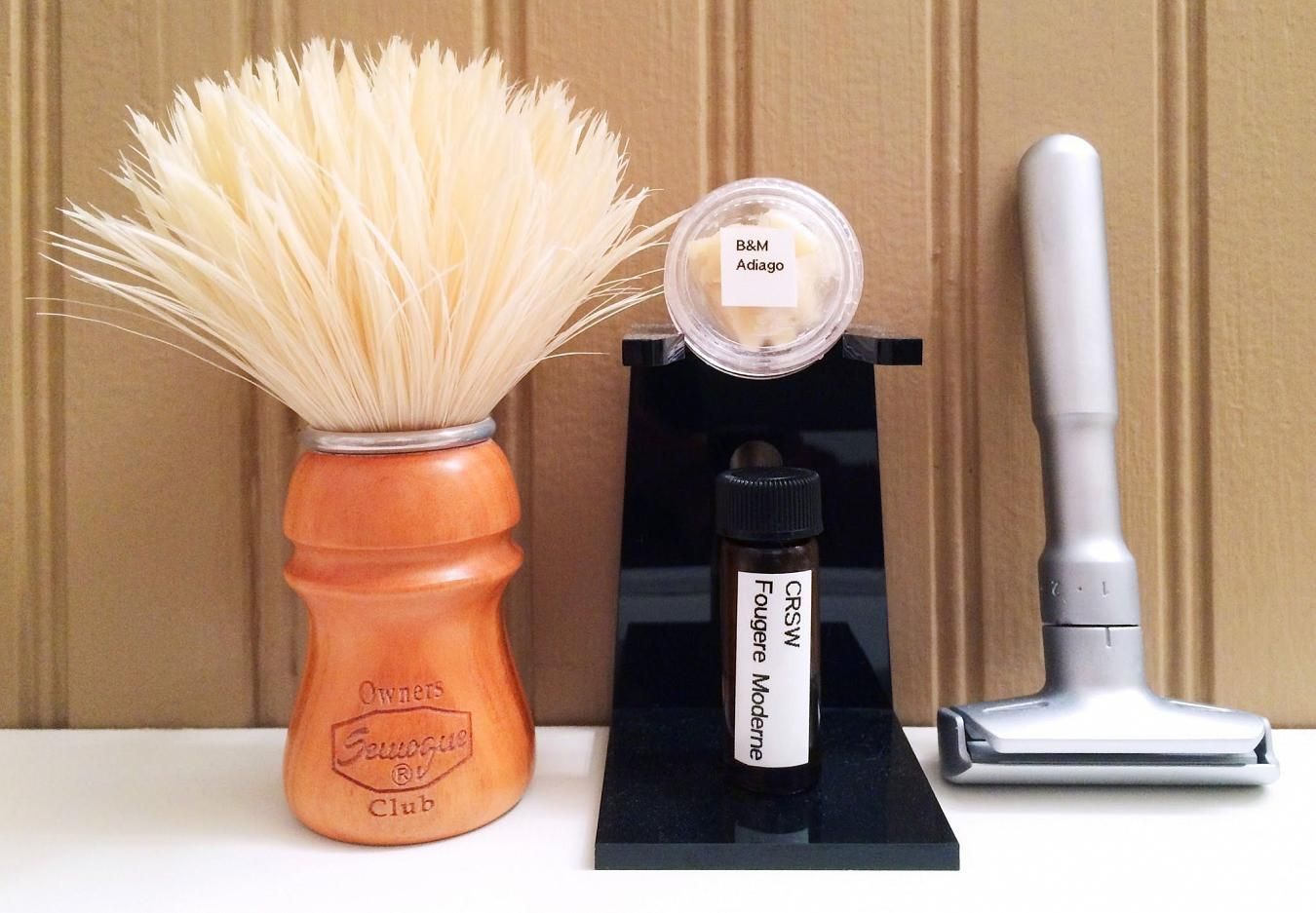 I finally got around to trying two products that I've been... Hesitant upon. Thanks to Alex Gonzalez for the samples! In retrospect, I shouldn't have had any reservations because both artisans produce stand-out products; the quality and performance is a given. Turns out it was unfounded for both!

#Barristermann Adagio is described as a “cool green fruit” fragrance consisting of lime, cherry, violet leaf absolute, lily of the valley, and a beautiful floral musk called Galaxolide. The soap is rounded off with a light mentholated coolness. I found the description to be spot-on... Like a floral, cherry lime-aid. The light menthol just adds to the experience. I hesitated on this one because I have a lot of lime (and citrus in general) already. This one is heavier on the floral-cherry side and quite nice. Performance, it goes without saying - produced copious amounts of soft, cushiony lather with ample glide that B&M is known for in their white label line. It seems somewhat anti-climactic to review a seasonal/unavailable product though.

If you follow my reviews, you should be no stranger to #coldriversoap. I've raved about them every chance I got, because they're just really good. I never tried the aftershaves though because at first glance (of the ingredient list) they just seemed a bit... Too simple. Consider:

...how good can it really be, right? I'm spoiled by heavy hitters from B&M and Dr. Jon's even PAA - which all contain 2-3x the ingredients in the form of face food. I have to admit I was very pleasantly surprised this morning. The face feel was excellent due mainly in part to the glycerol variant dipropylene glycol.

The Fougére Moderne scent is described as a clean and complex Aromatic Fougère classic in it's construction yet modern in the execution with notes of neroli, aldehydes, bergamot, pine and lavender rest gently on a base of tonka bean, oakmoss, sandalwood and vanilla. In practice, I found the scent to be really quite nice; complex, soft. A true green scent, but composed of a cross between bitter orange (neroli/bergamot) and woodsy (pine/sandalwood) vanilla (tonka bean/vanilla) notes. Truly a nice fougére!

I was pleasantly surprised by both products; each proved that my reservations about them were unfounded. The scent of one and the performance of the other. I don't know that I'll seek out either product for myself necessarily, but you might want to consider them if the scents tick your boxes! Good luck finding Adagio at this point, however.