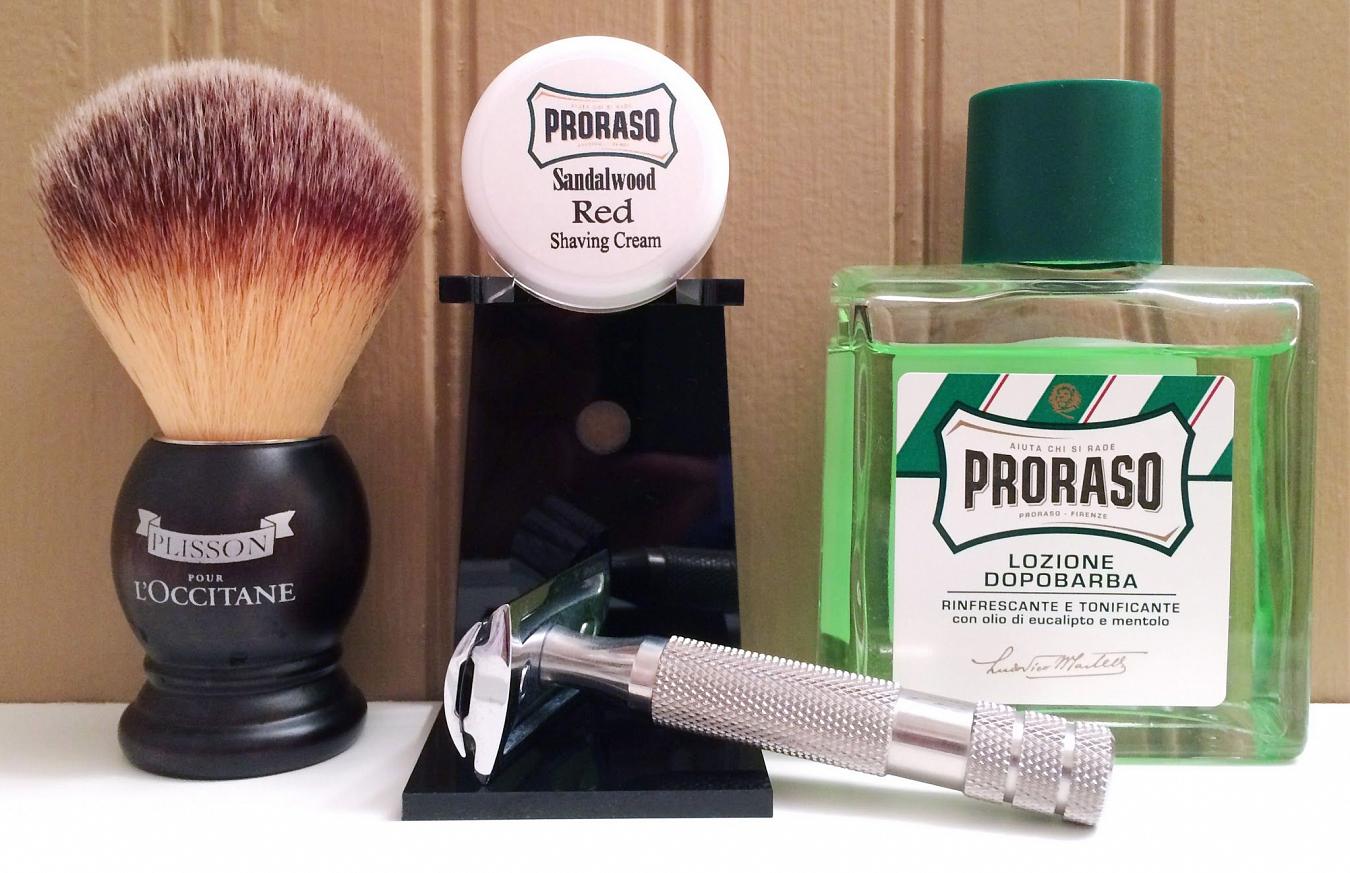 A SOTD just in the nick of time for #ProrasoFriday and part one (of literally many) in my #SandalwoodShowdown series! Today's #soap under the microscope is Proraso Red (Sandalwood) cream.

#Proraso hails from Italy, where it's ubiquitous and ridiculously cheap. It also has a very large following around the rest of the world including barber shops (for which creams are available in large tubes). Why is that? It's just darned good stuff for cheap. It's a fairly complete lineup of products covering all the usual bases; soaps, creams, pre/post-shaves, aftershaves and balms. They're known mostly by their "color" which indicates scent and ingredients, and they are green, red, white and blue. The most popular and extensive line is the "green" which is a menthol/eucalyptus blend. Also marketed as Omega and C.O. Bigelow. Today's will be "red" which features a sandalwood scent, and is geared toward "heavy beards" with the inclusion of karité (shea butter).

I used my typical amount of cream and water, but like other Proraso soaps, the lather was fairly thin; not a lot of cushion (but it still works beautifully). I suspect this is because you need to load a lot of product to get results. One day I'll try to remember that and test the theory. While thin and a bit runny, it was creamy - and I was truly impressed by the glide of this flavor. Very slick!

The scent is weak to medium in strength; definitely there but mellow. It smells like you might expect sandalwood to smell; woody, a bit smoky. In fact, many consider it a benchmark of what sandalwood "should" smell like. Nice, but overall, neither here nor there. Certainly shouldn't be offensive to anyone.

I followed up with Proraso green aftershave, as they don't make a red one. It's a lightly scented, lightly mentholated concoction that like anything Proraso - just works. I particularly like the green line, and have most of it. It's what I picture a "typical Italian shave" to be. Overall skin feel was nice; again, light. Not greasy, not "overly moisturized" feeling.

Hardware consisted of my #Plisson brush; a knot that's taken over the brush market and found in just about every other new brush today. I prefer it for use with creams because of its (non-existent) backbone and super soft face feel. The #Mühle #R89 razor did the job smooth and close with a fresh #PolSilver blade while the #GTP scuttle did it's job as a soup bowl today.

It's easy to see why Proraso is so popular - it's just good stuff. None of it will blow you away as far as scent or performance, but it never disappoints either. It's dependable and inexpensive. Everyone should have at least one Proraso product in their den.