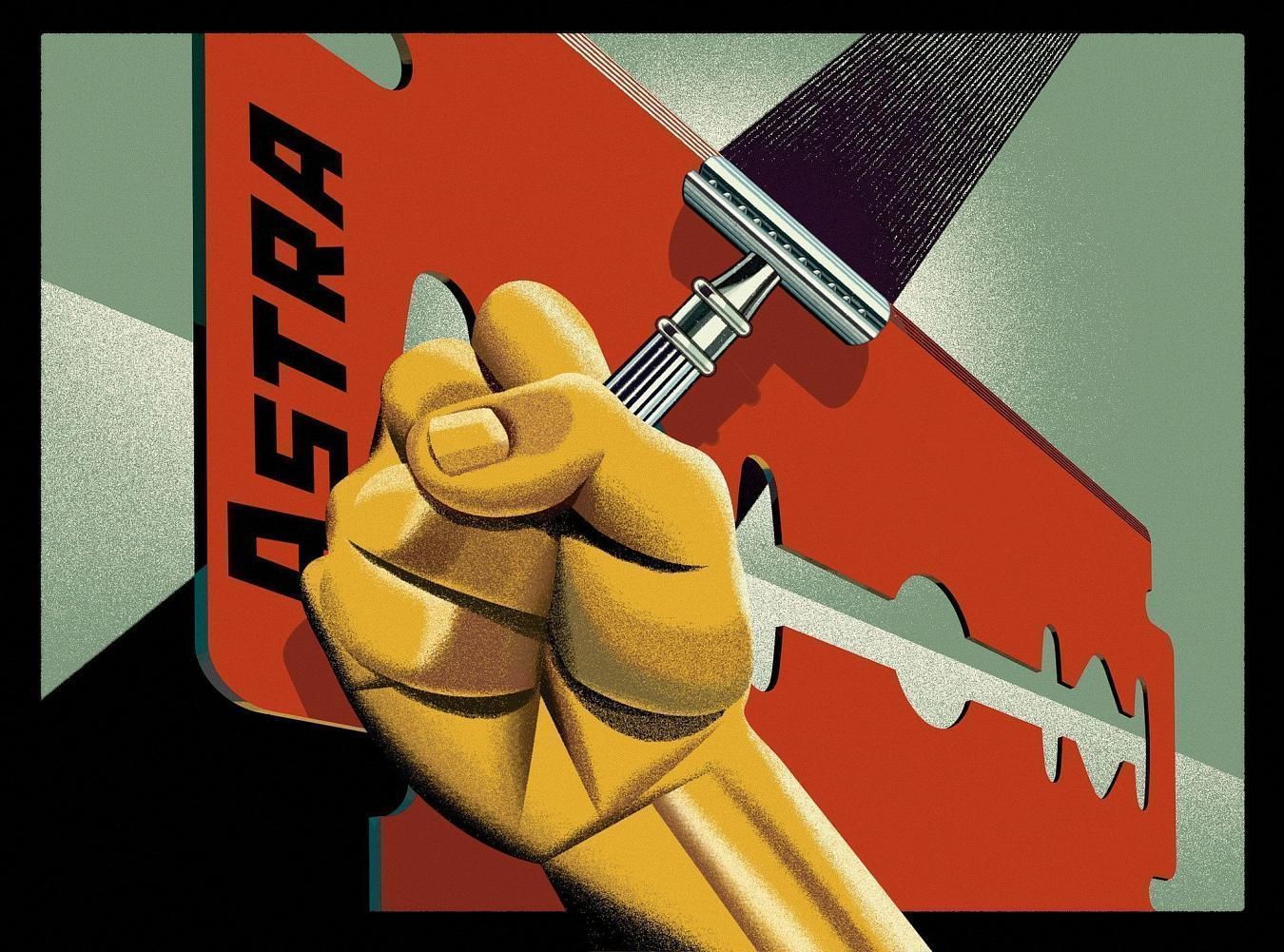 Malcolm Harris, a freelance writer and a columnist at Pacific Standard penned this article, called "Letter of Recommendation: Safety Razors" where he sings the praises of wet shaving over a conventional cartridge #razor, based mainly on cost. He doesn't mention any of the other niceties, but it's still good to see some prime time coverage of wet shaving!

The first razor I can remember owning is one I received as a present for my 18th birthday. It came in the mail from Gillette. I don’t know how the company knew, but I was happy to be in its database. The Fusion, with its novel five-blade design, had recently hit the market. I was thrilled, and I cycled back and forth through the cartridges until they were all hair-­clogged and uselessly dull. When I found out the price of a Fusion blade-­refill box, I saw my whole life stretch in front of me.

For years I got used to two sad sights: a set of overused Gillette cartridges in the bathroom cabinet and my scruffy face in the mirror. It wasn’t just the cost that made me resent the Fusion. The razor’s shining plastic felt nice when I was a teenager, but into my 20s it still looked like the kind of product that only a teenager would be proud to own. The handle has all the heft of a Happy Meal toy.

Shaving cartridges are so beloved in business circles that the strategy has its own name: the “razor and blades” model. You give away something free, or below cost, in order to get consumers hooked on the refills. Keurig K-Cups and Swiffers, for example. Not only are they ripoffs, but they’re also incredibly wasteful, both in terms of packaging and the marketing required to make us forget, for example, that mops exist. Other times, they’re all but unavoidable, as with smartphones (with their expensive data plans) and printers (with their extortionate ink refills).

Estimated lifetime cost of a daily shave, by brand:

Cartridge razors are the incorrect answer to a common eighth-grade algebra problem: the cost equation. These typically compare two imaginary products, one with a high upfront cost and a low variable cost, the other the opposite. Their lesson (beyond how to find where lines intersect on a graph) is that for a consumer it’s usually better to pay now for an expensive handle, not forever-­after for expensive blades. So three years ago, I went online and spent $33 on a Merkur Safety Razor 23C.

The Merkur 23C is three pieces of chrome-­finished metal: a handle that screws into two head plates. Between the plates, you place a double-­edge blade, the kind you might associate more with cocaine or self-­mutilation than with shaving. The basic design hasn’t changed in over a century. For $10, I ordered a package of 100 razor blades made by a company called Astra. They came in a cardboard box packed with 20 smaller cardboard boxes, each containing five blades individually wrapped in small squares of wax paper. Astra blades are good for about five days apiece, which puts the annual cost of a daily shave at around $7. Compare that with a pack of four Fusion ProShield cartridges (the newest model has before and after lubrication strips), which is on Amazon now for $20.

It wasn’t meant to be this way. King Camp Gillette introduced his safety razor, with disposable double-­edge blades, around the turn of the 20th century. But before he was an inventor, Gillette was a starry-­eyed utopian socialist. In 1894, he published “The Human Drift,” a book that, among other things, envisioned most of the population of North America living in a huge metropolis powered by Niagara Falls. Production would be fully centralized, making for the greatest efficiency, while all goods would be free to everyone. That’s the only way Gillette saw to ensure that the benefits of technological development would be shared. “No system can ever be a perfect system, and free from incentive for crime,” he wrote, employing a prescient metaphor, “until money and all representative value of material is swept from the face of the earth.” His blade was a model socialist innovation: Gillette replaced toilsome sharpening labor with the smallest, most easily produced part imaginable. The very existence of the Gillette Fusion is an insult to his memory.

To maintain growth, today’s Gillette has to keep coming up with gimmicks, even sometimes at the expense of the truth. In 2005, a Federal District Court found that some of the company’s ad claims about its vibrating M3 Power razor — that “micropulses” lift hair up and away from the skin, allowing for a closer shave — were “literally false.” King Camp imagined a modern world where each innovation would yield more luxury and freedom for everyone. Instead, his name represents a company that sells us increasingly absurd instruments as though they’re the exclusive option for personal grooming. Advertisers pulled off an incredible coup by convincing us that the manliest choice is one that shields us from sharp objects.

I use my Merkur every morning, letting its hefty handle warm in the sink. And every day, I use a fresh Astra blade. It’s the kind of efficient extravagance I think King Camp might appreciate. Gillette, the company, actually bought Astra — a Czech company — in 1996 in order to expand its business in Eastern Europe. Now Astra has been swallowed up by Procter & Gamble, which acquired Gillette in 2005. On shaving forums and Reddit, users discuss stockpiling thousands of double-­edge blades in anticipation of P.&G.’s eventual success and the triumph of capitalist waste. Until then, King Camp Gillette’s dream holds on by the thinnest margin.

Tracking the Number of Shaves on a Blade