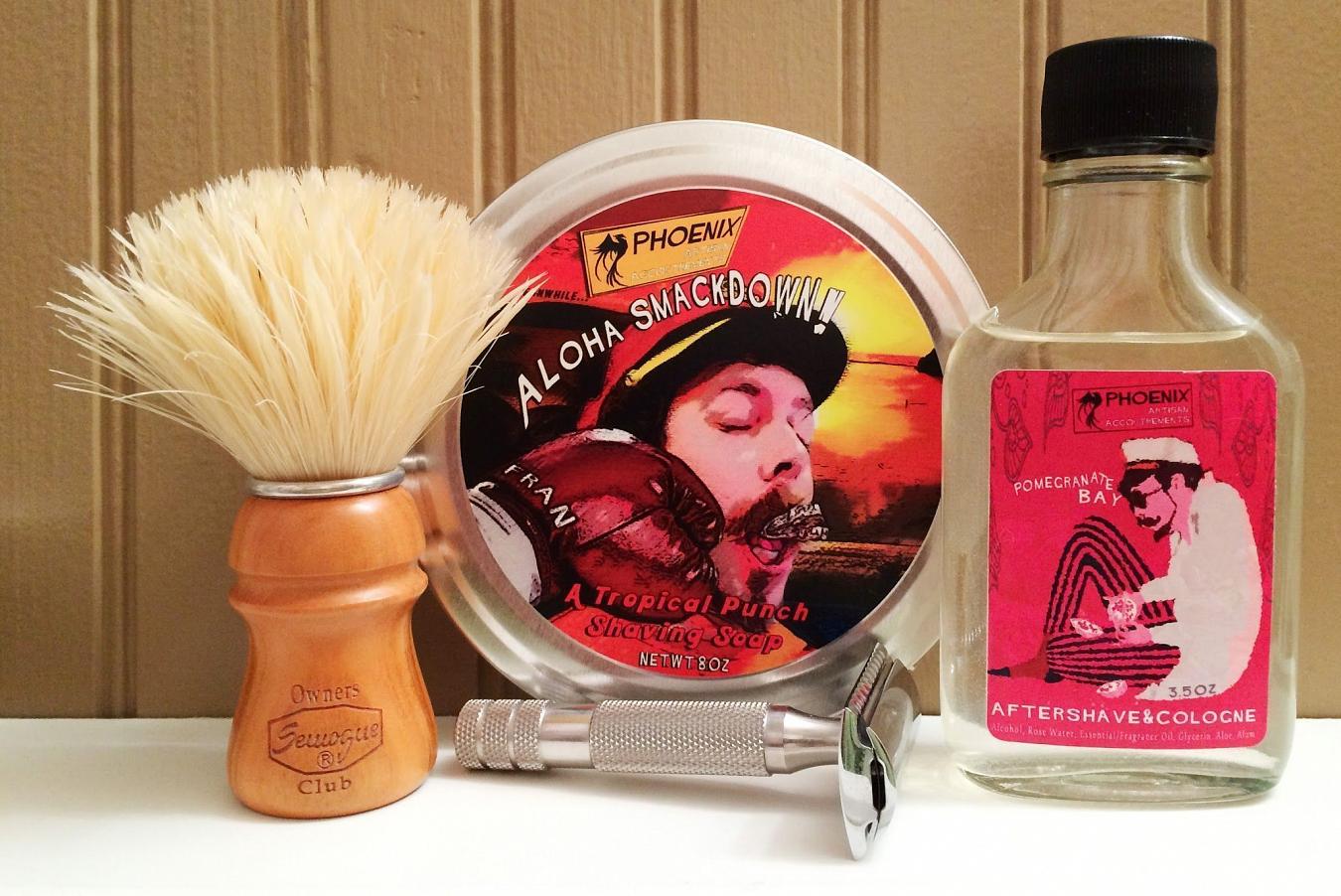 This SOTD is brought to you by the fruity, spicy #PAA Aloha Smackdown #soap and Pomegranate Bay #aftershave! A fun combo for this early autumn shave!

I'll start off by saying that the soap is typical Synergy 2.x quality; quick and easy to lather and produces copious amounts of thick lather with good slickness. The scent of Aloha Smackdown can be summed up simply... Hawaiian Punch! Sweet, strong and it'll knock you out. Like you tossed aside the scoop, stuck your head in the can and snorted lines with it. Yessir, good stuff!

The Pomegranate Bay aftershave is really nice. Like Coconut Bay but with pomegranate instead of coconut - either way, the background is Bay Rum. Though I get more of a pomegranate and cinnamon hit with the , at least initially. Either way, it's a sweet, spicy concoction that works year round, really. Perhaps more so during the summer months - but the spices extend the season. Performance is excellent - a bit of alcohol burn, alum and glycerin to make you feel good and other skin goodies like aloe and rose water.

Hardware today consisted of my #Mühle #R89 fitted with a fresh #Gillette 7 O'clock (black) blade ... Mostly because I was too lazy to go downstairs for another pack of #PolSilver . It was a little rougher, but nice and close. The #SOC brush made quick work of the soap, loading it strongly for whipping up in the waiting #GTP scuttle.

An autumnal shave of sorts, with summer clinging onto its coattails! A lovely bouquet of notes from the soap to the aftershave and quality hardware to match. No complaints here, boys - looking forward to the next time I combine these fine ingredients.