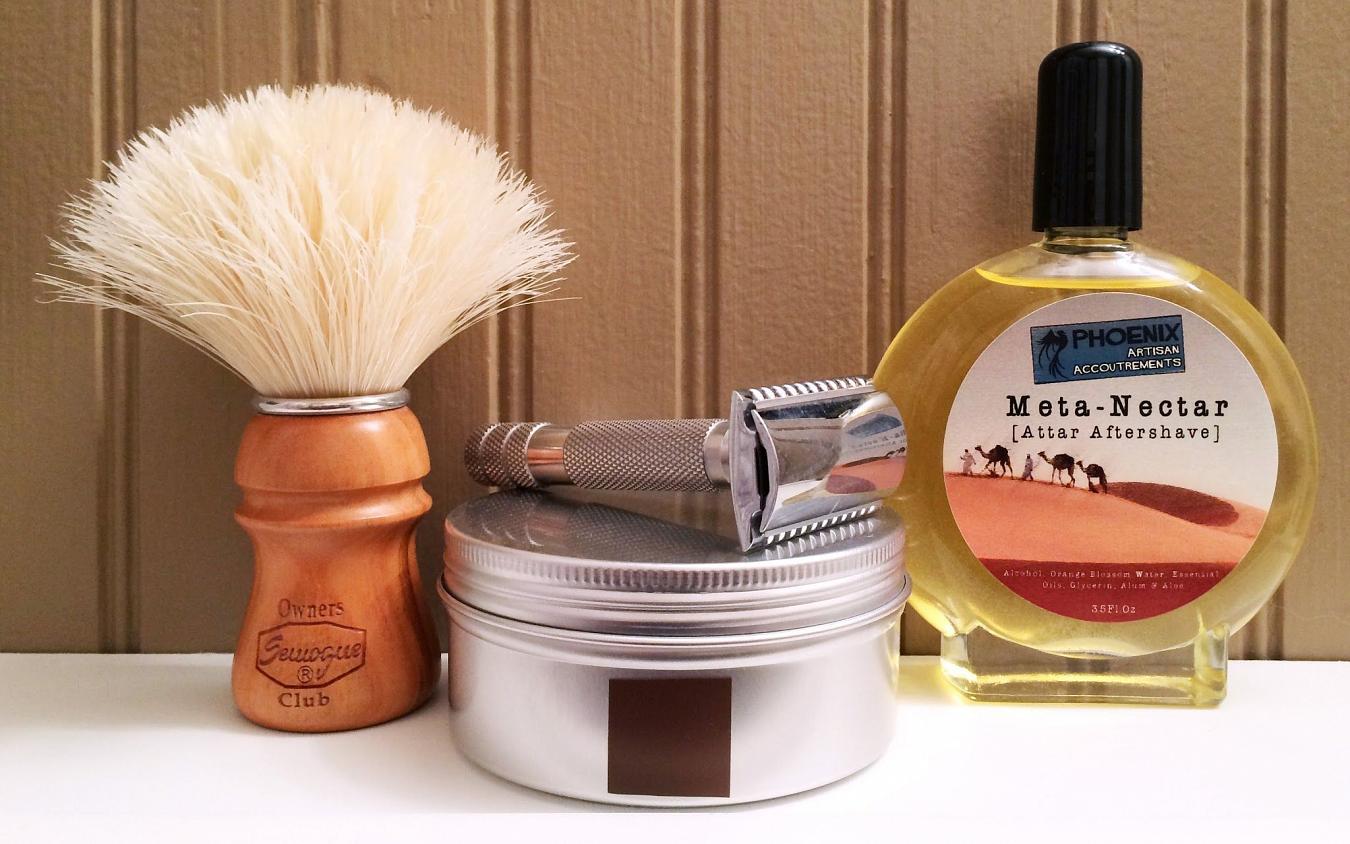 For this SOTD it's time to break out some classic - Mitchell's Wool Fat with an attar chaser! The word(s) of the day are, "superior face feel" and nobody does it better.

Mitchell's Wool Fat a.k.a. MWF or, "The Fat" hails from England and has been around since 1893 and still the original formula as devised by Bradford chemist Fred Mitchell! You can also find it as Kent soap (oddly enough, the town it's made in).

It's hard to beat lanolin when it comes to excellent post-shave face feel (and why I love Musgo Real and other Portuguese shaving creams). MWF set the benchmark on this long ago - and still does. The scent is a bit hard to describe; I think of it as "woolly" - like a good Irish fisherman's sweater. No, not fishy or when new and it smells like a wet dog... More like after it's had its share of travels to pubs and the great outdoors. Nice, mild, unobjectionable. Some don't seem to like it, preferring Haslinger Schafmilch which is more soapy.

Another reason people prefer the Haslinger is that MWF has a bit of a "reputation" to be difficult to lather for people with hard water.

I followed up with #PAA's attar . Unlike stinky cheeses, I like my attars on the strong side. PAA's version is unquestionably attar - but mild enough to not offend all around you (as a straight, pungent attar can) and has very nice longevity. I'm wearing it to the office, in fact. Good stuff - and very underrated! Would love to see a matching soap...

The rest of the hardware includes the #Mühle #R89 razor fitted with a #PolSilver blade on shave five (still going strong) and the #GTP scuttle to keep everything nice and warm.

If you haven't tried The Fat yet, you should really check out a puck of it. It's a classic, well-loved by its fans. There's a reason it's still popular today and using the original formula... It works! You can get the refill puck and use your own container (it's cheaper) - but the MWF bowl is rather nice and certainly unique. Either way, it lasts forever.