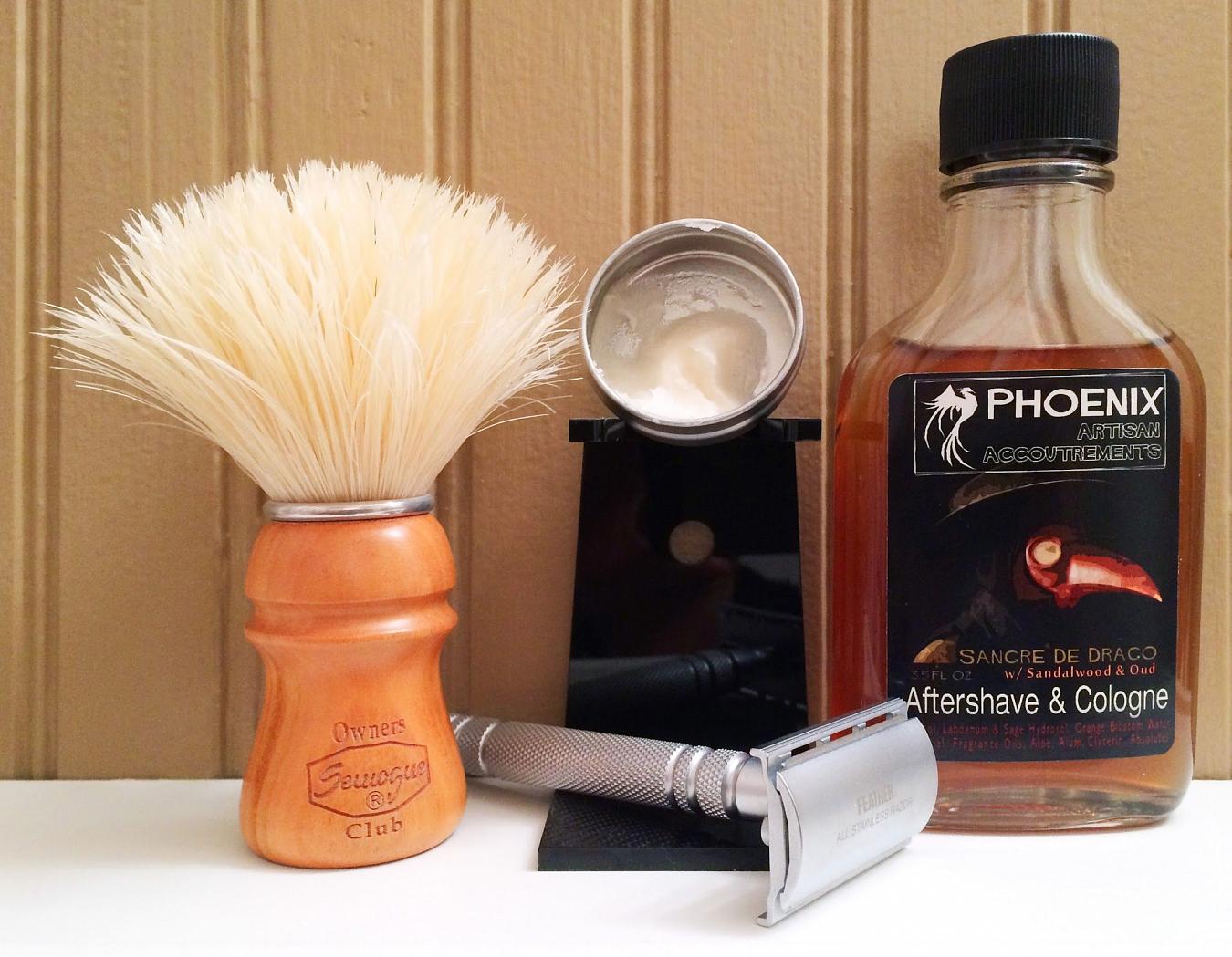 This marks my my fifth entry in the series (see the previous one here: http://tinyurl.com/nqgdxtu). I'm familiar with #chiseledface soaps, as I have their Summer Storm soap/aftershave combo; it's really nice all around. The scent of Sandalwood as you may have guessed... Is sandalwood. It's the same sort of slightly sweet, smoky Indian type as found in D.R. Harris, ToBS and GFT... A bit stronger than all three, and not quite as sweet as the BritSoaps - so more like Shaver Heaven Sensuous Sandalwood in that regard. There's also a subtle hint of cedar, which rounds it nicely and gives it a bit more edge.

The performance of the soap itself falls in line with my prior CF experience (see here: http://tinyurl.com/pehzfae); it produces copious amounts of lather on the foamier, fluffier side that laid down well, providing ample cushion and outstanding slickness. If you cut back on the water or increase loading a hair, you'll end up with a thicker lather. The soap is tallow-based and boasts good stuff like glycerin, aloe and silk powder for a truly nice post-shave face feel. The one thing it's missing is avocado oil, found in their latest soaps.

The PAA aftershave today was Sangre de Drago and of course, needs no introduction here! It's an intoxicating blend of sandalwood and oud notes that's quite special. This was is the most expensive of the line, coming in at almost $30/bottle. This is largely due to the cost of the ingredients; namely the oud. The performance is typical of PAA; excellent. Being a fan of both sandalwood and oud, it goes without saying that I'm all over this scent as well.

Hardware for today included my shimmed #Feather AS-D2 razor fitted with a Feather blade on shave three... Which I apparently haven't used in nearly three weeks - time flies! The #SOC brush made quick work of breaking up the soap sample bits and whipping up the crazy lather in the #GTP scuttle.

Overall, a fairly common sandalwood scent but with good strength and excellent performance. I'd definitely recommend giving it a go if you're a sandalwood and/or Chiseled Face fan, though personally I lean towards more unusual scents (such as the aforementioned Summer Storm*). Good stuff either way!