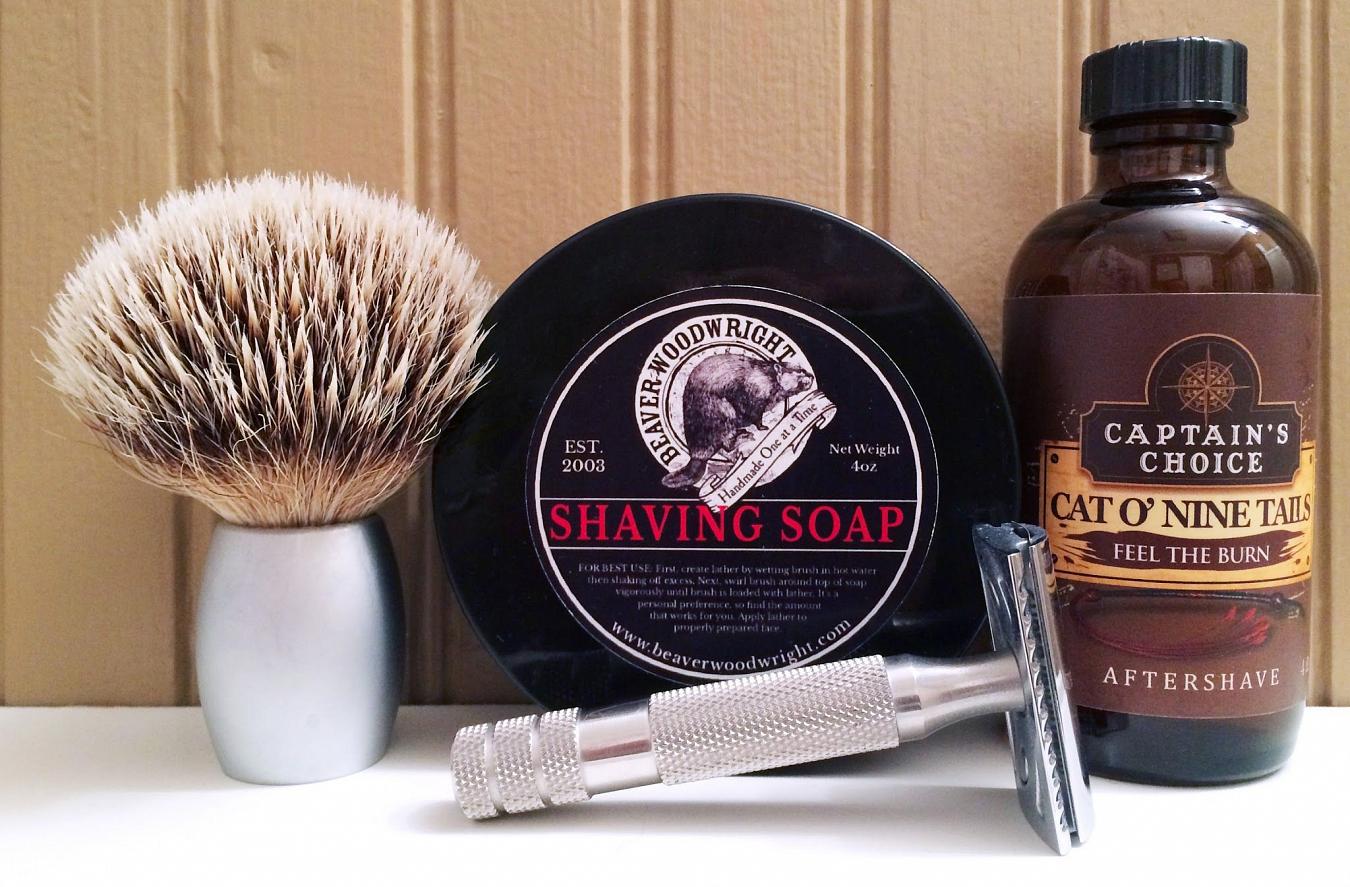 I wanted to like this soap, because I've been eyeing the much-hyped (and quickly sold out) Ghost Ship combo... Alas, I'm not so sure anymore. It's not that I didn't like the scent; it was actually my favorite part. Described as a slightly sweet tobacco with a hint of cherry blended in - essentially a Cavendish.

The problem is, no matter how much you might like the scent, the soap has to perform... And this is where I had two issues, which basically ruled it out for me. The first was that it was mildly irritating to my face - and this is weird, because literally nothing else is. The second problem is that the soap doesn't seem to be stable, at least in a scuttle (again, pretty much everything else is). I don't use super hot water, so there's not much reason for it. Initially I got nicely cushioning, somewhat fluffy, creamy lather that was nice and slick but it didn't last into the second pass. It flattened out into just creamy, and starting becoming airy, bubbly. I had to work it with the brush a bit to revitalize it, adding some water as well.

The face feel from the soap also seemed a bit drying perhaps because of the short, simple ingredient list. I guess I'm spoiled by heavy hitters like SV, B&M and CRSW these days.

The aftershave was one I've used several times before... #captainschoiceproducts Cat o' Nine Tails is a great take on bay rum that's not cloved to death. Oddly enough, the much vaunted warming effect doesn't work for me. But it's still a great aftershave with a nice face feel.

Hardware today consisted of the #Mühle #R89 razor and #PolSilver blade on shave four while the #Dovo silvertip badger brush made generating the suds in the #GTP scuttle a breeze.

So, long and short of it - the soap was quite nice on the first pass, but started to fall apart slowly after that. While the scent was very nice - it is also very likely the source of the irritation. I suspect Ghost Ship won't be irritating because of this, but I won't be getting it after all because the soap performance didn't do it for me either. #blackshipgroom