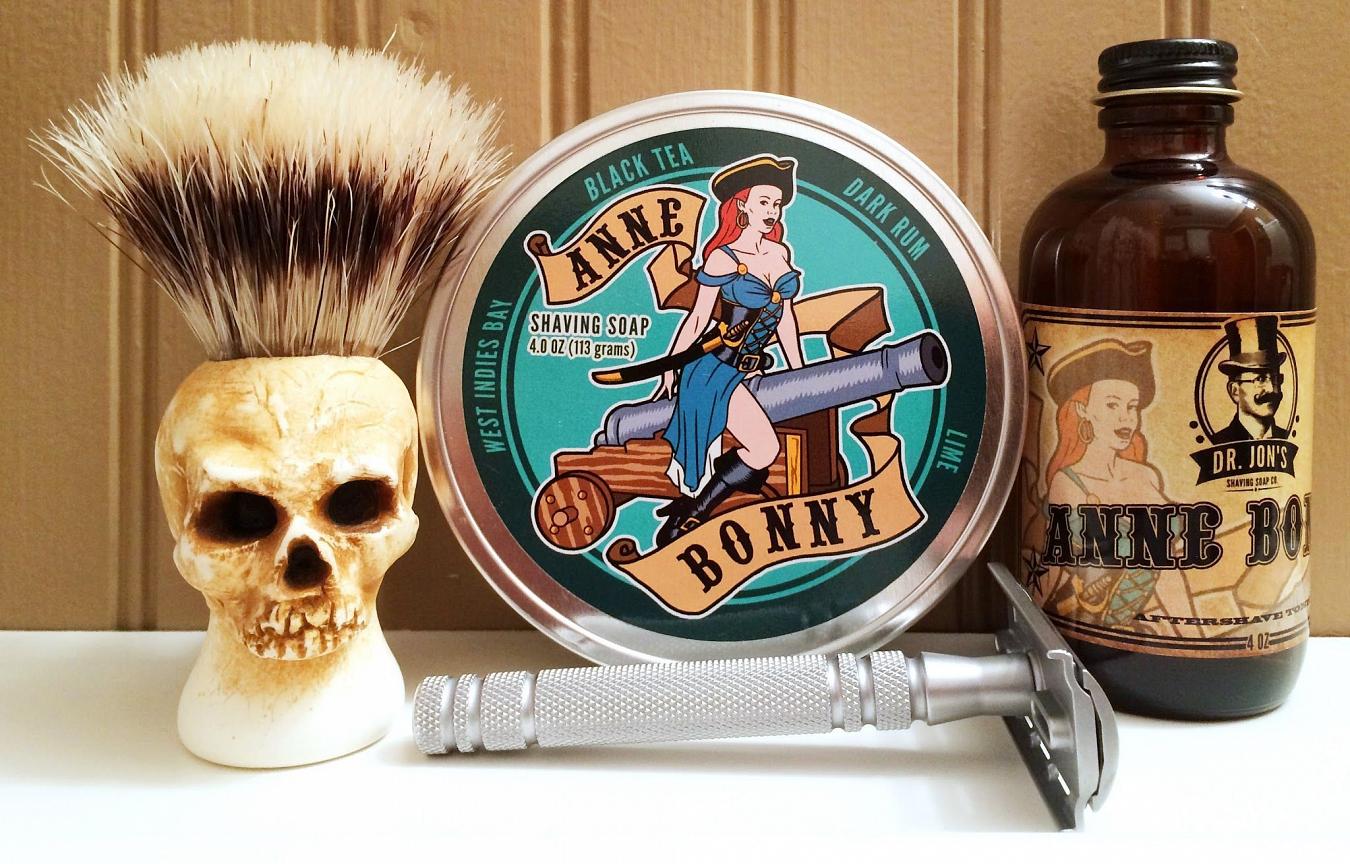 A belated #HumpBay SOTD on this fine, fine #FriYAY! Today we have much to talk about, both hardware and software... Dr. Jon's Anne Bonny #soap and #aftershave! Read on, ye barnacled bilge wenches!

I like my #FriYAY shaves to be chill, figuratively and/or literally. Today it was all about the former...

The revolves around #drjonssoapco Anne Bonny software. I won't get into the former since I covered that already (http://tinyurl.com/pwughcd) but rather the latter... Dr. Jon's new aftershave line! Again, to be brief - performance is very much on par with yesterday's Savannah Sunrise aftershave review (http://tinyurl.com/osk59xr )...

Performance is excellent! A nice alcohol burn (not as intense as most bay rums you probably already know) followed by a mellow alum/menthol hit. Rounding it out, the glycerin/aloe make for a fantastic face feel that was again, mellow. The scent is everything you love (right?!) about Anne Bonny... A unique take on traditional bay rum, albeit with stronger notes of black tea, dark rum and lime. The aftershave is the same, just more intense - and should last all day if not into the next! I still smelled Savannah Sunrise when I got into the shower this morning!

Hardware wise we have two things. The first is this awesome skull brush! Seemed only fitting to use this brush today with a bay rum theme going.

The next thing is the #Feather AS-D2 razor. It's a fantastic razor, both from a build and performance standpoint... But... It's extremely mild and takes some work to get a BBS shave, even with a Feather blade (my go-to blade in this razor). So I decided to shim it using an old blade. It did make a subtle difference in feel, and improved efficiency; especially over the course of three passes, cumulatively. Still a super mellow cruiser but with a little more aggressiveness for a closer shave - without the work!

So there it is, gents! The word of the day on this #FriYAY is "mellow!" Arrrrrrrgh!